Hundreds of anti-Donald Trump protesters crowded the streets near the Hyatt Regency in Burlingame as the presidential candidate arrived for the Republican convention.

BURLINGAME, Calif. -- Hundreds of anti-Donald Trump protesters crowded the streets near the Hyatt Regency in Burlingame as the presidential candidate arrived for the Republican convention.

A man wearing a Trump campaign "Make America Great Again" red hat was struck while being jostled by a group of shouting protesters.

"It went gangbusters. They attacked me," said Chris Conway, who identified himself as mortgage broker from San Mateo.

A dozen protesters linked arms to block the road in front of the hotel near San Francisco International Airport, but no one was using the street because police had already closed it to traffic. Protesters also draped a large "Stop Hate" banner outside the hotel.

After Trump took the podium, he described having to take a complicated detour to get into the venue due to the rowdy protesters outside.

"That was not the easiest entrance I've ever made... it felt like I was crossing the border actually," he said.

Barricades were set up Thursday night around the Hyatt Regency, where organizers were excited that Trump was kicking off the convention. But if it's anything like Southern California's events, it could be a wild weekend.

About 20 people were arrested by Costa Mesa police Thursday night as Trump protesters and supporters took to the streets outside Orange County Fairgrounds, where the Republican presidential candidate was speaking.

Police in riot gear and on horseback pushed the crowd back and away from the venue. There were no major injuries and police did not use any force. The crowd began dispersing about three hours after the speech ended.

At one point, seven shirtless women wearing Bernie Sanders stickers over their breasts entered the square outside the amphitheater. They said they were protesting Trump's lack of engagement on issues of gender equality and women's rights.

In Burlingame, police have spent a month planning and asked for help from every agency in the county and also state and federal officials.

Donald Trump was set to speak around 12:45 p.m. John Kasich is scheduled to speak in the evening, and Ted Cruz is expected to speak on Saturday, followed by his new running mate, Carly Fiorina. People are coming from all across the state to be at the convention.

"A lot of times in the past the nominees had already been decided by the time we got here so this is a great opportunity to really engage. We've got three candidates to choose from and a lot of our republicans. Our Republicans in the state are excited to make that decision in June," said Kaitlyn MacGregor, Communications Director California GOP.

Trump and Cruz's events are already sold out.

The Associated Press and KGO-TV contributed to this report. 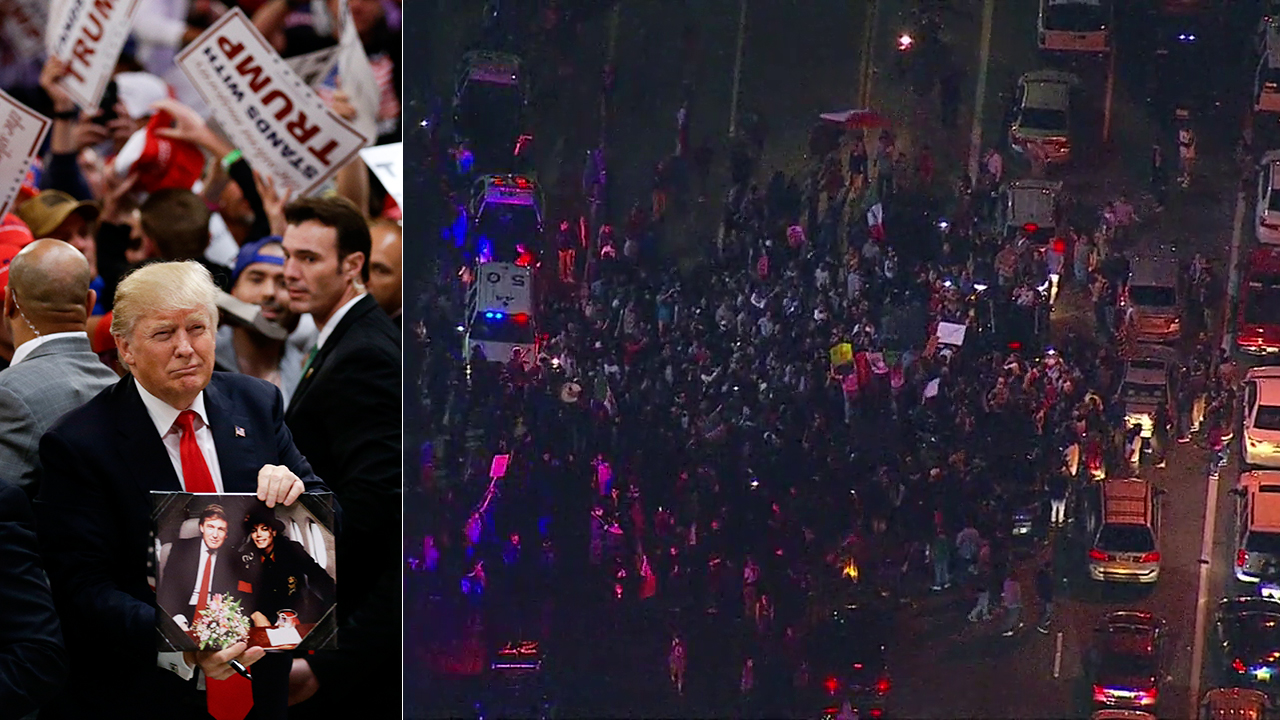 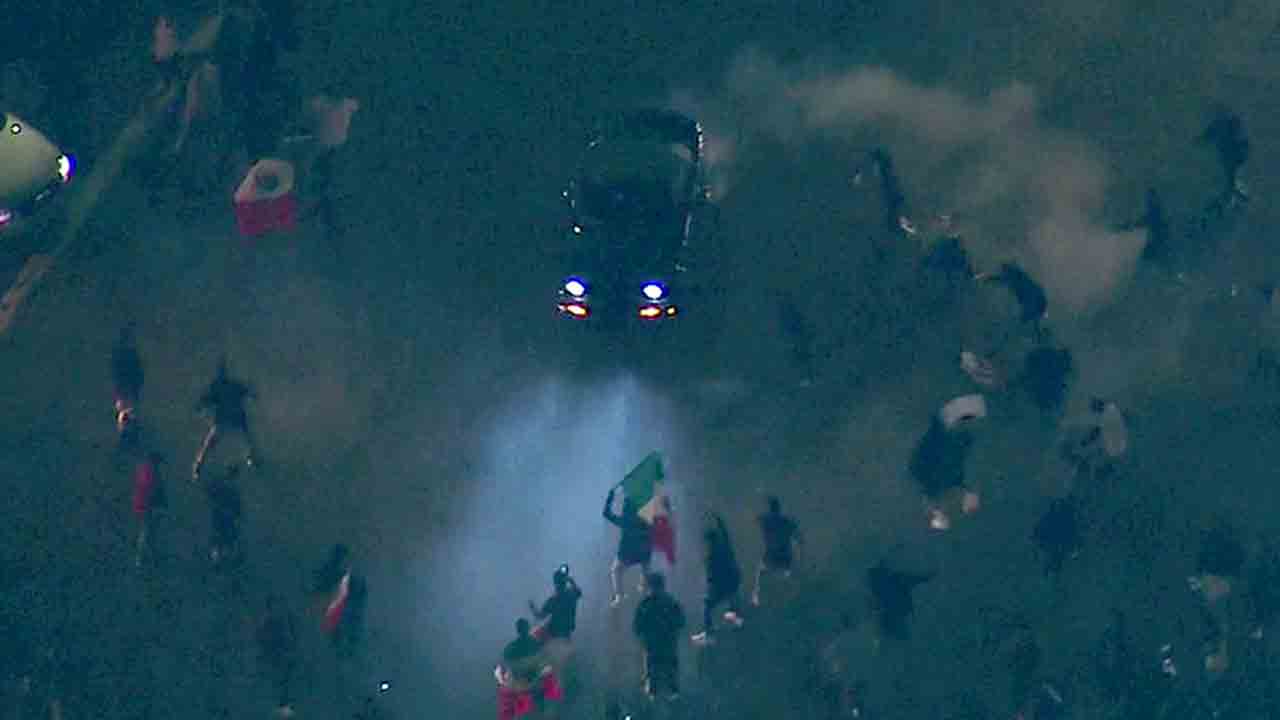 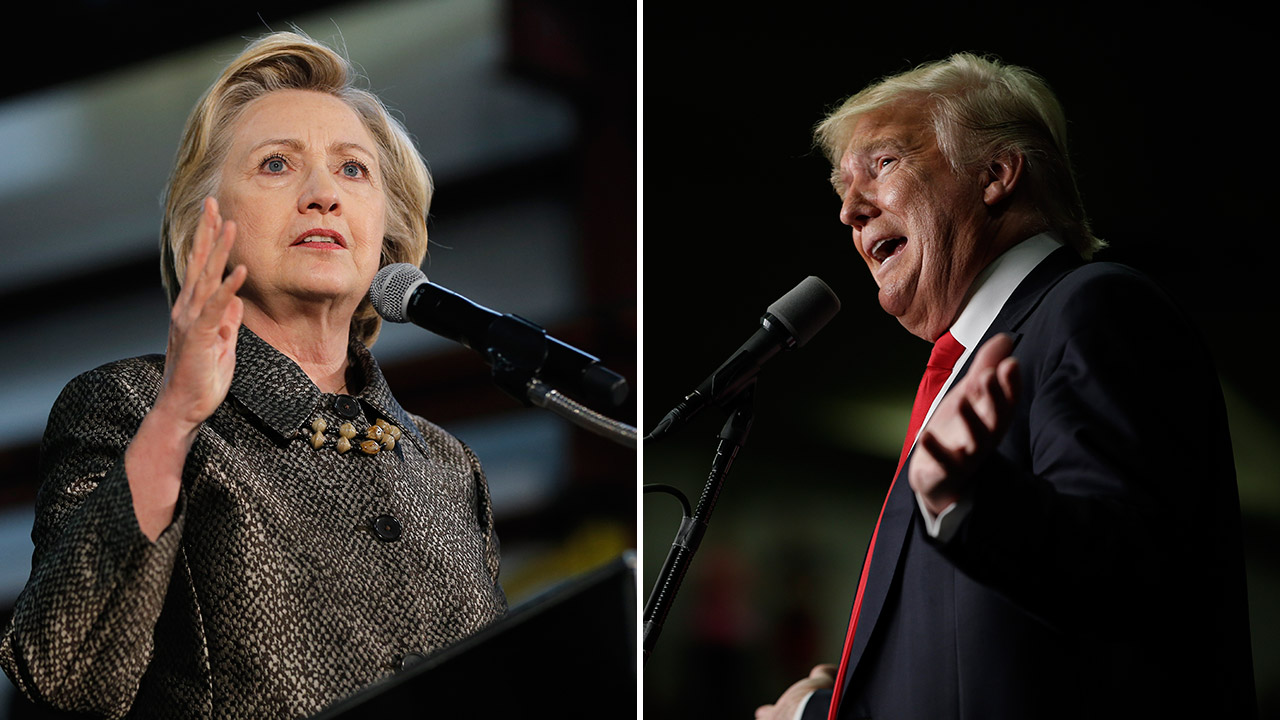