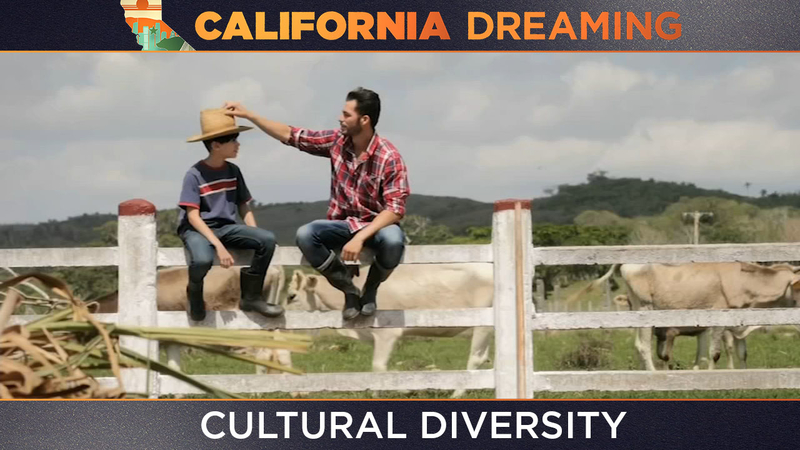 Cultural diversity in the Golden State

Few places in the world offer more cultural diversity than California. Many experts believe that this diversity is the true gold behind the Golden State's past, present and future.

"The United States is often described as a grand experiment. Well, the most experimental part of the United States is California," said Roberto Suro, professor of public policy at the University of Southern California. "Right now, we're engaged in a phenomenal experiment of trying to see how a very diverse, very complex society creates a 21st century economy that has some equality to it."

For many nationalities, California is home to the largest population outside of the country of origin.

"It's kind of an umbilical cord," said Suro. "It's multiple umbilical cords that are connecting California to these other nations in a very energetic, very positive way personally, commercially and culturally. And, they have an influence that permeates the whole society."

"California has always led the way," said Ralph Remington, director of cultural affairs at the San Francisco Arts Commission. "It's become this place now that people are interested in because of those many different cultures."