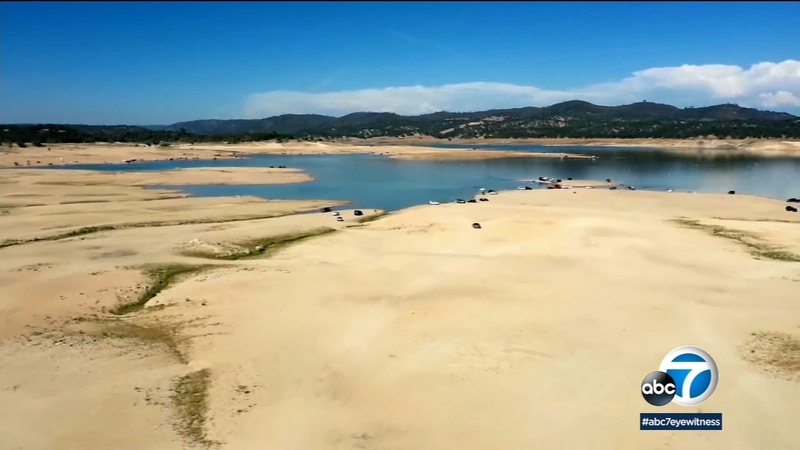 LOS ANGELES (KABC) -- If California's drought continues, mandatory water restrictions could be headed your way, but it would only happen if Californians fail to reduce their water usage and the state continues to lack rainfall.

A drought emergency has been declared in 50 of California's 58 counties, and this upcoming winter will be key to ending the drought. Record high temperatures this past winter and spring meant an 80% reduction in the amount of snow and water that fills our reservoirs.

In July, when Gov. Gavin Newsom called on the 40 million Californians to reduce their water usage by 15%, in a span of two months, it only dropped by .1% in Southern California and water use actually rose in Los Angeles by .7%.

"The budget that was passed earlier this year cannot buy rain or snow pack to fill our reservoirs, but it is, from an agriculture perspective, a critical asset to be able to invest in our systems to be able to improve our resiliency and our ability to survive from one drought to the next," said Karen Ross, the state's secretary for food and agriculture.

California is investing heavily to build up its water resiliency, including allotting $1.3 billion for drinking and waste water system upgrades along with $200 million to expand water recycling and clean groundwater basins.