Recent rains not enough to pull California out of drought 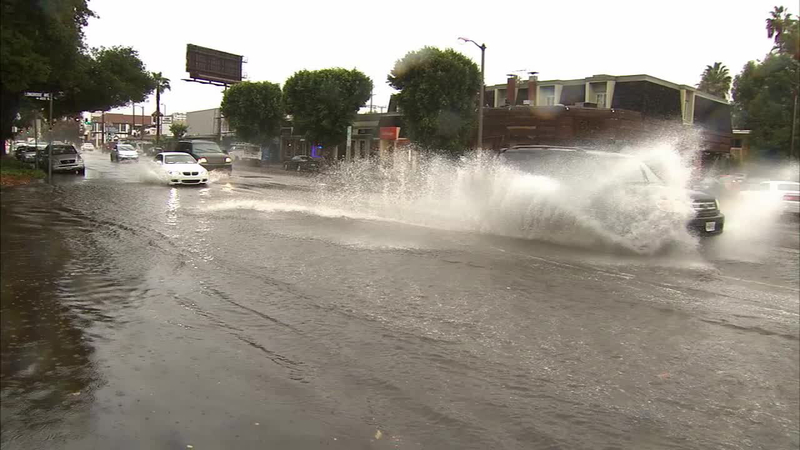 Recent rains not enough to pull CA out of drought

LOS ANGELES (KABC) -- Southern California got a lot of rain Tuesday, but water experts say it would take many more storms for the state to pull out of a crippling three-year drought.

San Bernardino County got a whopping 7.52 inches of rain. Downtown Los Angeles received 1.15 inches of rain, breaking a 1961 record for the day, according to the National Weather Service. Daily records were also set in Oxnard and at airports in Los Angeles, Camarillo, Long Beach, Lancaster and Palmdale.

But Los Angeles, like many other cities, has had less than half of the usual rainfall in 2014.

State water experts said it would take 150 percent of the normal annual rainfall for California to recover from the current drought. That would mean a total of 75 inches of rain from Oct. 1, 2014, through Sept. 30, 2015, recorded at eight stations in the northern Sierra.

The Sierra Nevada snowpack, which counts for most of the state's water supply, is only at 24 percent of normal for this time of year.

Gov. Jerry Brown declared a drought emergency earlier this year and called on Californians to reduce consumption by 20 percent, but so far the state has only reduced consumption by 6.7 percent in October compared to the same period last year.