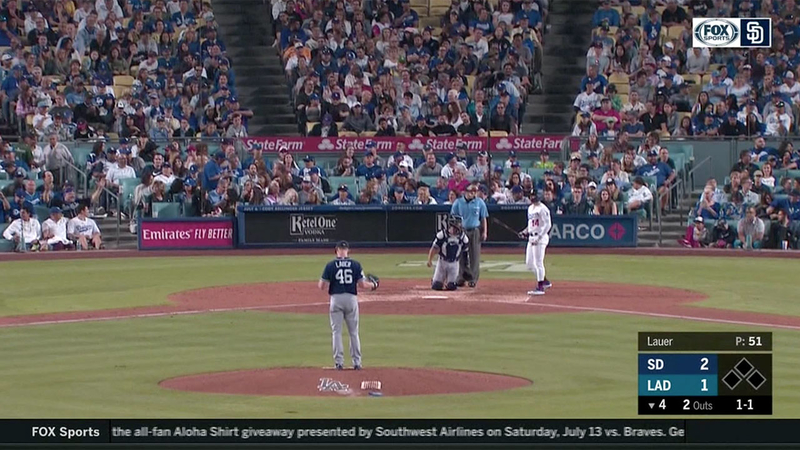 LOS ANGELES -- An earthquake rattled Dodger Stadium in the fourth inning of the team's game against the San Diego Padres.

The quake on Friday night happened when Dodgers second baseman Enrique Hernandez was batting. It didn't appear to affect him or Padres pitcher Eric Lauer.

However, it was obvious to viewers of the SportsNet LA broadcast when the TV picture bounced up and down.

The quake registered an initial magnitude of 7.1, according to the U.S. Geological Survey.

There was no announcement by the stadium's public address announcer.

Some fans in the upper deck appeared to leave their seats and move to a concourse at the top of the stadium.

The press box lurched for about 20 seconds.