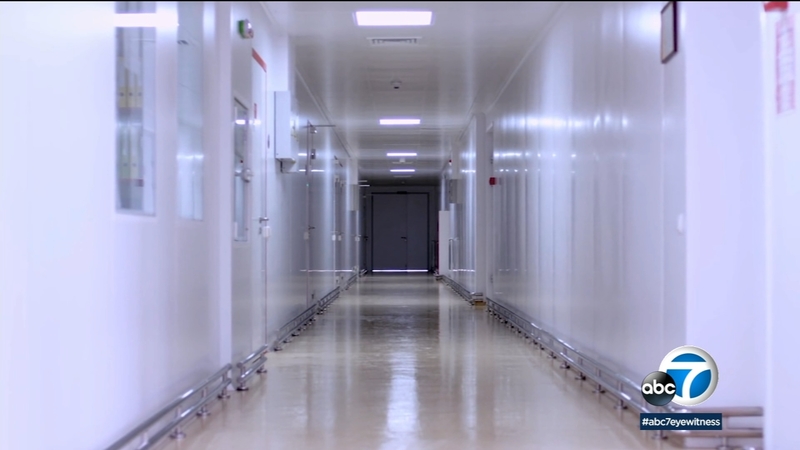 LOS ANGELES (KABC) -- By signing the state budget, Gov. Gavin Newsom makes California the third state in the U.S. that will pay reparations to survivors of forced or involuntary sterilizations sanctioned by the state under eugenics laws.

It will be the first to pay reparations to survivors who were forcibly sterilized by doctors working in California prisons.

"Oh my goodness. I can't even explain the overjoyed feeling that I have. But also the feeling of relief," said Kelli Dillon, one of hundreds of known survivors of forced or involuntary sterilization while in prison.

Part of her story is featured in the documentary, "Belly of the Beast."

"The advocacy, the journey of justice we've been on has been 20 years for me, but for some survivors has been for over 40 years," Dillon said.

The state budget designates $7.5 million for reparations to survivors like Dillon.

California is facing its dark history of forced or involuntary sterilizations. A bill seeking reparations for survivors took an important step this week.

"It's not just about, like, these things happen to a certain group of people. But this was a crime against humanity," Dillon said.

"People like you and I. And, you know, they made a mistake. They're inside, they're paying their dues and then some," said Hafsa Al-Amin, program coordinator at the California Coalition for Women Prisoners, one of many organizations that led a coalition to support the effort.

Assemblywoman Wendy Carrillo ran the bill a third time, and on this attempt she simultaneously submitted a budget proposal.

"Sometimes it's the bill, sometimes it's through the budget process," said Carrillo. "This go around, we did both, and both avenues have been successful."

AB 1007, the latest iteration of the bill, has made it farther than previous versions and continues working its way through the legislature.

Between 1909 and 1979, the state sanctioned the forced or involuntary sterilization of roughly 20,000 people, making up roughly a third of sterilizations nationwide.

"Eugenics really put forth the idea that anyone that was kind of physically or mentally 'deficient,' was a social liability," said Natalie Lira, a researcher at the Department of Latina/Latino Studies at the University of Illinois at Urbana-Champaign, which helped provide data toward the effort.

"Many of them were also disproportionately Latinos, primarily Mexican origin folks, many were young," she said. "Majority of them were low-income folks, by and large."

A coalition of organizations will build the infrastructure to find survivors who don't know they were sterilized in state institutions, and eventually pay them reparations. They estimate payments could be up to $24,000, starting with an initial payment of roughly $12,000.

Lorena Garcia-Zermeño of California Latinas for Reproductive Justice said there are an estimated 383 living survivors of forced sterilization stemming from eugenics laws and approximately 244 survivors that were sterilized while incarcerated.

They also encourage people to contact California Latinas for Reproductive Justice at info@clrj.org with any questions.