The average price for a gallon of gas in California is $4.69 cents, up more than a $1.50 from this time last year.
KABC
By Dave Kunz 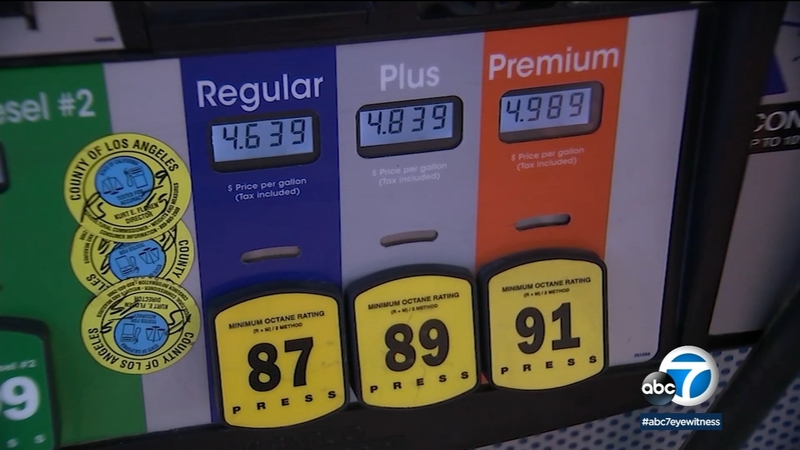 CALIFORNIA (KABC) -- Filling up your car in California is now costing you more than ever before as gas prices in are once again at record-highs.

The record-breaking gas prices are coming just as we head into the busy holiday travel season.

We have never seen prices so high at a time of year when typically prices start to go down.

The average price for a gallon of gas in California is $4.69 cents, up more than a $1.50 from this time last year.

California gas prices hit $4.682 per gallon on Monday, setting a new record for the state for a second day in a row, according to the American Automobile Association.

"This could be the highest price we've ever seen on Thanksgiving Day," according to Patrick De Haan, head of petroleum analysis for GasBuddy, which provides real-time gas price information from more than 150,000 stations. De Haan also said it's not just a California problem but a worldwide issue.

Why are gas prices in California rising?

"In the last eight weeks, prices nationally have all gone up because of a developing energy crunch overseas, mainly in China where incredible consumer demand has factories running 24-7, which has pushed power plants in China to start running low on coal, in which now China is buying oil and natural gas to keep its power plants humming. And in Europe there's a natural gas shortage as well," he added.

De Haan said recent issues with refineries in northern California, and obviously high taxes, are two primary reasons we're paying so much more than the rest of the country. He said if you do your own research, you can pay a lot less.

For example, one gas station along the 91 freeway at 14th Street in Riverside was charging $4.99 per gallon, while the gas station just across the street had prices as low as $4.15.