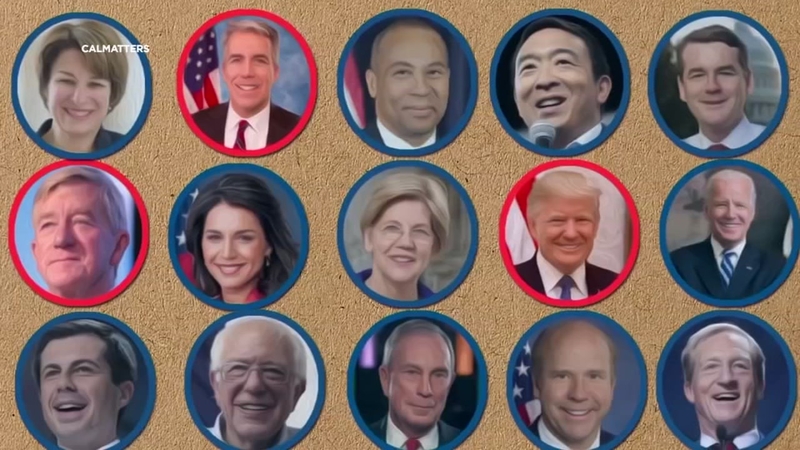 SAN FRANCISCO -- Getting delegates is what the presidential nominations are all about. They're the ones who pick the nominee at each party's convention.

Ben Christopher, elections reporter for CalMatters, explains how delegates work in California in the video above.

He explains that presidential candidates get delegates in three ways.

The first is by winning big statewide. For example, if a candidate wins 22% of the vote of California Democrats, at least 22% of the state's delegates will vote for them at the convention. It's proportional.

The last way candidates can win delegates is by schmoosing with party leaders. The governor, U.S. senators, and members of congress have been anointed "Superdelegates." They can vote for whoever they choose.

A lot of delegates don't agree with this because Superdelegates tend to back "insidery" candidates.

After the 2016 election, the Democratic party changed the rules, shrinking the power of Superdelegates. Now, they can vote on the nominee at the convention if no candidates get a majority of the other delegates.

That hasn't happened since 1952. Some are predicting it this year because there are so many candidates.

What about the GOP? The Republican Primary isn't expected to be as exciting because most Republicans are supporting President Donald Trump.

And that's how delegates are won in California. Learn more about the election at CalMatters.org.