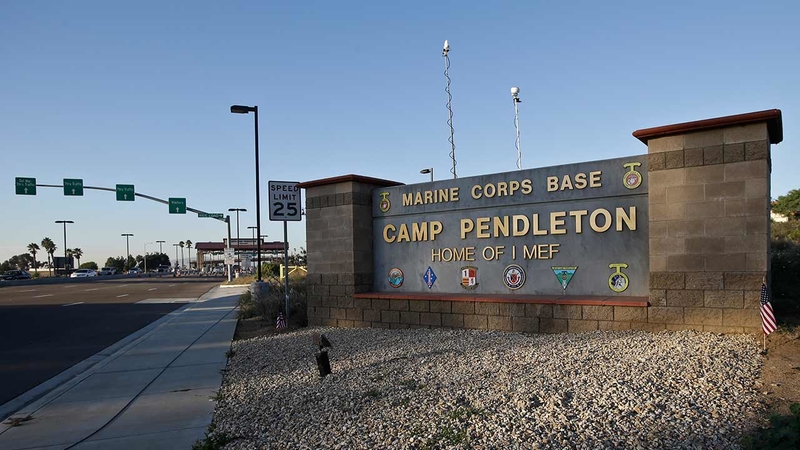 SAN DIEGO -- An amphibious vehicle caught fire during a training exercise at a Southern California base Wednesday and 15 Marines were taken to area hospitals, including several with serious injuries, military officials said.

Marine 1st Lt. Paul Gainey told The Associated Press that at about 9:30 a.m. Wednesday an amphibious assault vehicle caught fire while the Marines were conducting a battalion training exercise on a beach at the base, north of San Diego.

The Marines, with the 1st Marine Division based at Camp Pendleton, were being treated at hospitals in the area, including off the base. Gainey had no information on their condition, the seriousness of their injuries or whether any suffered burns. He said there were no deaths.

According to a defense official who was not authorized to discuss the incident publicly, so spoke on condition of anonymity, several were seriously hurt.

The amphibious vehicle got stuck and then caught fire as the Marines were trying to free it, the official said.

The command is investigating the cause of the incident. Gainey said he had no further information to release at this time.