A wildfire burned homes and forced thousands of people to evacuate in San Marcos Wednesday night.

The wildfires have destroyed several homes and forced widespread evacuations. Investigators are now looking into the possibility of arson.

Several homes burned in the city of Carlsbad. The "Poinsettia Fire" erupted in the area of Poinsettia Lane and Alicante Road at about 10:30 a.m. Wednesday. It quickly jumped the road and was burning up against homes, fire officials said. The fire was 50 percent contained with 600 acres burned. While the forward progress of the fire has been stopped, officials say they have days of work ahead.

More than 15,000 homes and businesses were ordered to evacuate. An evacuation center was opened at Calavera Hills Community Center, 2997 Glasgow, and Westfield Plaza Camino Real for people and animals. The Red Cross opened a shelter for residents without pets at La Costa Canyon High School, located at 1 Maverick Way.

All Carlsbad Unified School District schools will be closed for the next two days. Legoland California was closed Wednesday because of a power outage caused by the fire. Fire crews say the Carlsbad fire is the most dangerous of the fires burning in San Diego County due to its proximity to the populated area.

Firefighters are battling the wildfires amid windy and hot conditions, with temperatures reaching the 90s in San Diego County.

Another blaze, dubbed the "Cocos Fire" (previously called the "Washingtonia Fire") broke out in the city of San Marcos, forcing the evacuation of Cal State San Marcos and surrounding residential areas.

The fire has burned 700 acres and was at 0 percent containment Thursday morning. Three structures were destroyed and one structure was damaged, CAL FIRE officials said.

Just north of Carlsbad, a brush fire broke out on the Camp Pendleton Marine Corps base in San Diego County and scorched 6,000 acres.

The "Tomahawk Fire" erupted on the southeast side of the base near the town of Fallbrook at about 9:45 a.m. For a time, a shift in winds caused a threat to the nearby city of Fallbrook, but firefighters were able to keep the fire from spreading into the town.

Camp Pendleton's Paige Field house served as the evacuation site. Officials say Naval Weapons Station Fallbrook is without power and will be closed Thursday. The cause of the fire has not been determined.

Meantime, more fires broke out across the county.

A fire on the edge of San Diego in the community of Lakeside prompted brief evacuations in the early evening Wednesday. People in more than 1,300 homes were asked to evacuate. Firefighting resources were limited because of the other wildfires in the area, but firefighters managed to save those homes and residents were allowed to return around 7:30 p.m.

Another fire began with a burning big rig on Interstate 5 that spread to three acres of brush near the freeway in San Onofre at about 10:30 a.m. The blaze briefly closed all lanes on the I-5. It's unclear why the truck caught fire.

Earlier, authorities reported 50 percent containment of a 2.42-square-mile fire that broke out Tuesday and forced thousands to flee the Rancho Bernardo area of San Diego. 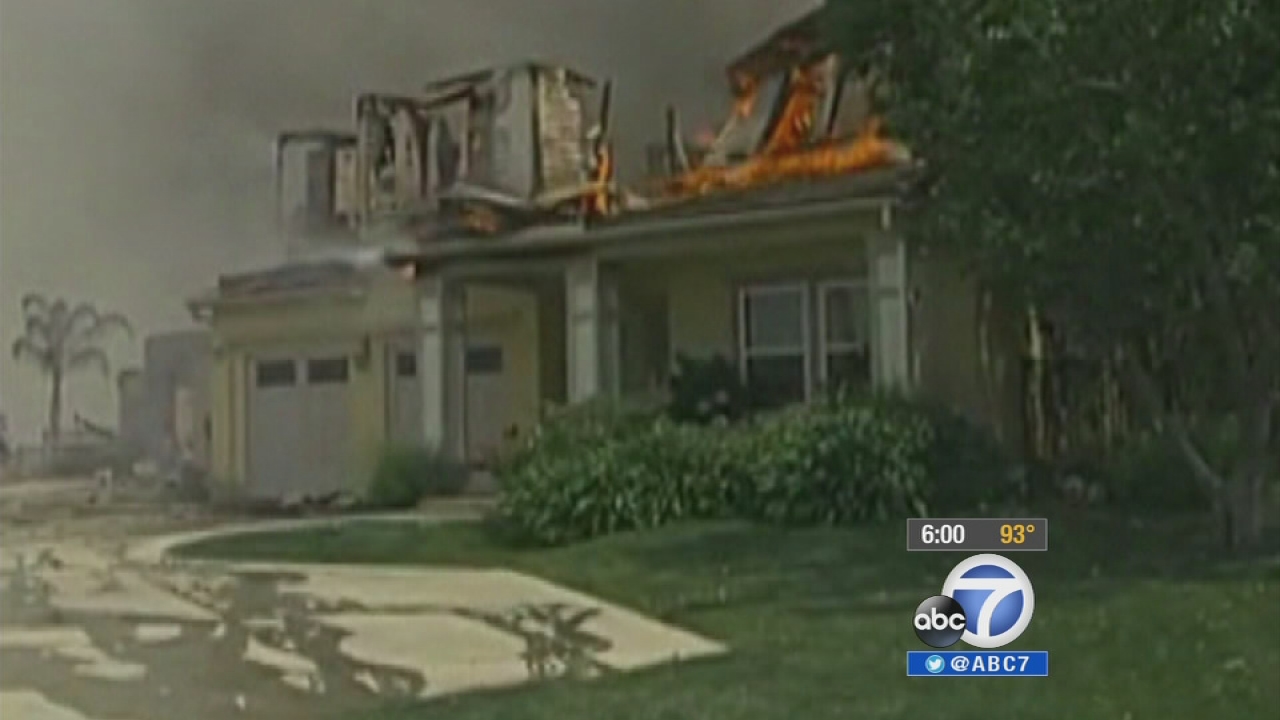