Fact check: No, impeachment itself would not ban Trump from a 2024 presidential run

Even a Senate vote to remove Trump would not prohibit him from running in 2024; for the Senate to ban him from the presidency, it would have to hold an additional vote on this question.
CNNWire
By Daniel Dale 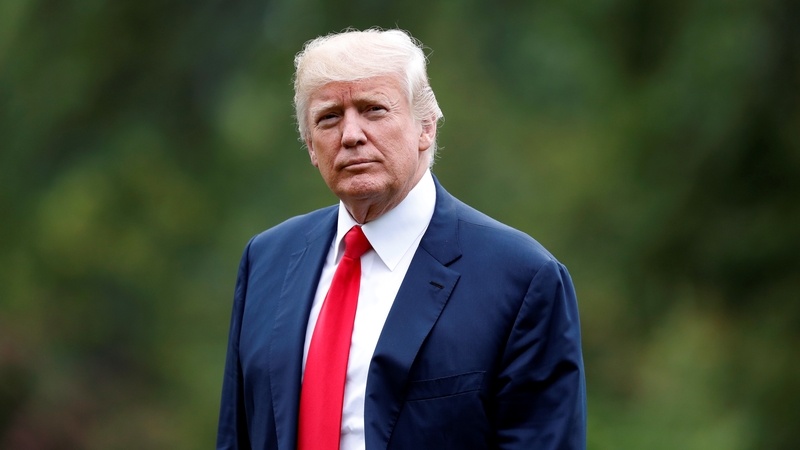 WASHINGTON -- A viral tweet claims that impeaching President Donald Trump for a second time would mean he would lose the ability to run for president in 2024.

That's not true. Nor are other claims in the tweet.

The tweet was posted on Friday, two days after a Capitol insurrection by a mob of Trump supporters sparked a new impeachment push from House Democrats. As of early Monday, it had more than 181,000 retweets and 725,000 likes. It says the following: "For those wondering if it's worth impeaching him this time, it means he:

Facts First: The tweet is inaccurate in multiple ways.

1) Trump would lose his post-presidency pension only if both the House voted to impeach him and then the Senate voted to remove him from office; impeachment itself, without removal, would not result in Trump being denied any benefits.

2) The law makes clear that presidents who have lifetime Secret Service protection never get a $1 million travel allowance.

3) It is unclear that Trump would lose lifetime Secret Service protection even if the Senate voted to remove him and prohibit him from running.

4) Even a Senate vote to remove Trump would not prohibit him from running in 2024; for the Senate to ban him from the presidency, it would have to hold an additional vote on this question.

Lots of average citizens use the word "impeachment" to refer to impeachment and removal, so we're not bashing Costiloe for this common error, but the statement is incorrect.

Presidents who have not been impeached and removed are entitled to a lifetime pension equivalent to the annual salary of a head of an executive department. For Trump, like predecessor President Barack Obama, that would indeed amount to more than $200,000 per year.

Neither a second House impeachment nor even a Senate vote to convict Trump and remove him from office would prevent him from running again, in 2024 or beyond.

The Senate could not skip the conviction-and-removal vote that requires two-thirds of senators and go straight to the simple-majority vote for future disqualification, Ross Garber, an impeachment and political investigations lawyer who teaches at Tulane Law School, told CNN.

Would Trump lose Secret Service protection if he was removed from office? It is not clear -- to us or to two legal experts we consulted, law professors Stephen Vladeck and Josh Blackman.

There are two relevant laws that use different language on who counts as a "former president."

One law, the Former Presidents Act we mentioned earlier, specifically says that a president who gets booted by the Senate does not count as a "former president" for the purpose of certain post-presidency perks.

However, another law signed by Obama in 2013, the Former Presidents Protection Act, simply authorizes lifetime Secret Service protection for former presidents -- without defining "former president" in any particular way.

It is not clear which definition the federal government or the courts would use when it came to deciding whether an impeached and removed Trump should get lifetime Secret Service protection. (The Secret Service did not respond to a request for comment.)

In summary, the tweet was too definitive on a point that is very much up in the air.

In other words: under normal circumstances -- if Trump finished out his term as scheduled and then accepted the lifetime Secret Service protection he would indisputably be entitled to in that case -- there would be no $1 million security and travel allowance for him.

When we called Costiloe to tell him that we were planning a fact check and that much of the tweet was inaccurate, he said good-naturedly: "Tear it a new one. Go for it, baby." He said he is "nobody," a man who lives with diabetes in Texas and did the tweet because he had seen the information pop up somewhere on his Facebook feed and "it made me feel good."

He said he was never sure the content was correct and was amazed the tweet went so viral. He said he had only 200 Twitter followers at the time he posted it.

"I don't want to mess up the world. I just wanted to make me feel good," he said. "It turns out it made a lot of people feel good."