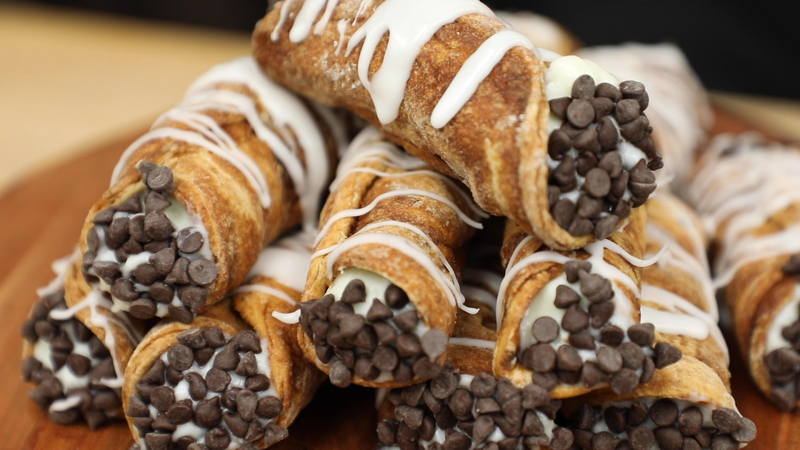 It's a cannoli but the roll is a cinnamon bun! Da Bunnoli!

Owner, Joel Singer, opened his third location of Barry's Buns in Wildwood during the pandemic.

He said Barry is his baking alter ego and he loves coming up with new creations, which is how Da Bunnoli was born.

It's a cinnamon roll that's rolled thin and then baked into the shape of a cannoli shell. It's then filled with a ricotta cannoli cream and topped with the signature cinnamon roll icing.