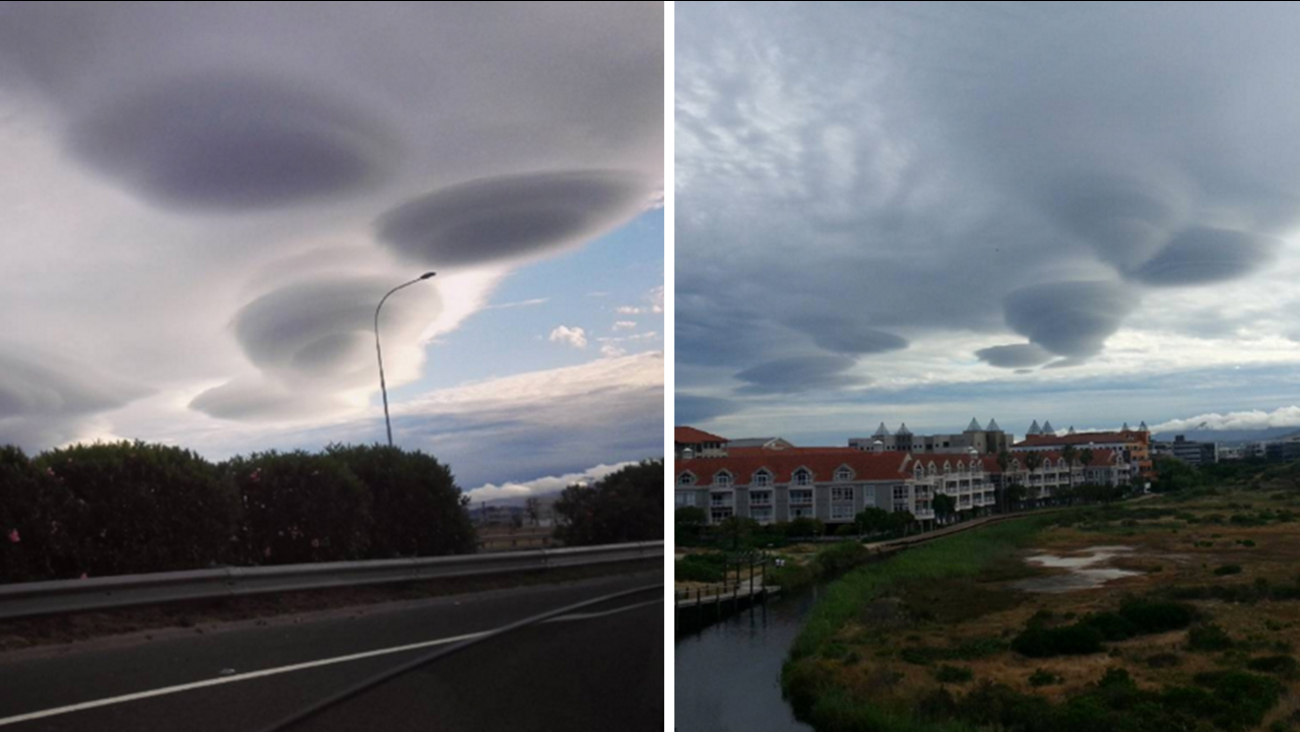 Residents in Cape Town, South Africa were stunned on Sunday when clouds resembling UFOs appeared over the city. (beanibop/Instagram | dipsypurple/Instagram)

Aliens? Not so fast -- although some unusual clouds over Cape Town this weekend looked like UFOs to some, there's a simple explanation for the meteorological phenomena.

Many social media users commented on the strange weather formation that appeared over the South African city on Sunday, saying that the clouds looked as if they were shaped like UFOs. But it turned out to be lenticular clouds, not alien invaders, that were visiting the city.

"The air is flowing, hits the mountains, rises and the cloud forms once you get past the mountain's peak," Peck said. "They are pretty common and pretty cool to look at."