Garcetti calls attack on US Capitol a 'dark day for America' 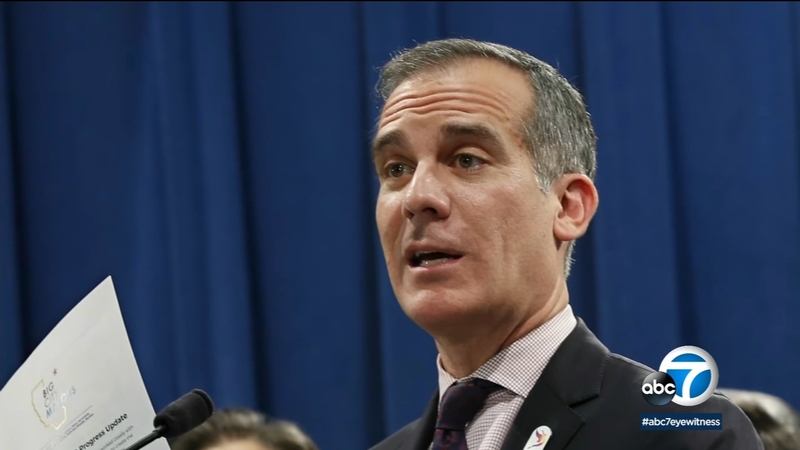 Garcetti: Attack on US Capitol a 'dark day for America'

"This is a dark day for America,'' Garcetti said in a statement posted on his Twitter account. "The assaults on the integrity of our elections and the safety of the U.S. Capitol are wrong -- defying our Constitution, our core decency and our common humanity.

"President Trump must condemn what has happened today, stop illegally contesting the will of the American public and support the institutions and elected leaders who comprise our Democracy,'' he said at the time. "Our nation will withstand this horrifying moment, and we will see the peaceful transition of government this month. It cannot come too soon.

"In the meantime, I pray for the security of everyone on Capitol Hill, and I support congressional leaders and (Washington, D.C.) Mayor (Muriel) Bowser's efforts to restore order and protect our nation's Capitol and our nation's capital city.''

"Make no mistake, this is a violent coup attempt against the United States of America,'' she said. "From Trump's attacks against our Democracy, to his weak congressional enablers undermining our elections in Congress, to the mob who did their hateful and un-American bidding, this is shameful.''

There were no reports of any security issues at Los Angeles City Hall, although pro- and anti-Trump protesters clashed outside the building around midday, leading to some arrests.

A small group of President Donald Trump's supporters gathered near City Hall in downtown L.A. Wednesday, following the storming of the Nation's Capitol. LAPD declared the gathering an unlawful assembly, and officials said some people were taken into custody.