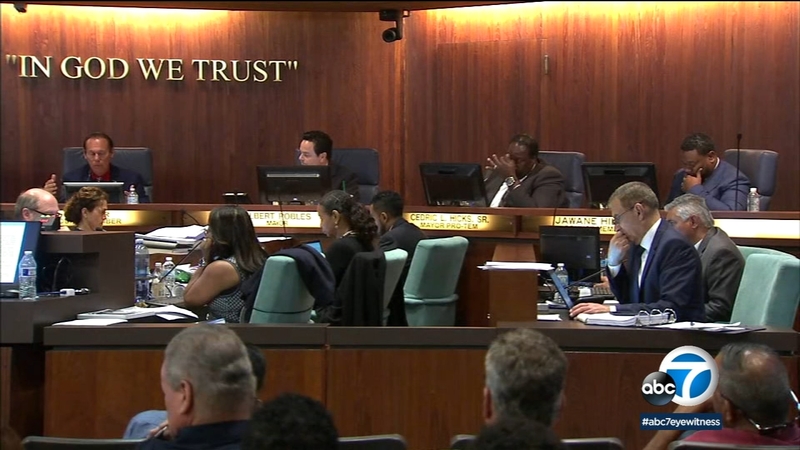 CARSON, Calif. (KABC) -- A proposed resolution that would have effectively banned guns in the city of Carson failed after a vote by the city council Tuesday.

Carson Mayor Albert Robles told Eyewitness News he would propose a resolution for a near outright ban to limit gun sales and gun possession using the city's land use powers.

Robles proposed that gun sales and gun possession would not be allowed within a one-mile radius of a school, park, church, or day care, making it impossible for anyone to be in the city limits with a gun.

The only exception would be having a gun inside one's home.

Residents opposing the plan spoke out against it during the city council meeting, with some citing the Second Amendment.

The plan for the near outright ban on guns and gun restrictions went before the Carson City Council and did not pass after a 2-2 vote, as one of the council members was not present.

One business owner, who would've had to close his gun shop, says he is relieved.

There were questions over the resolution's legality, with Loyola Law Professor Jessica Levinson saying it would not likely hold up in court.

"This strikes me as a resolution that is just too broad," Levinson told Eyewitness News. "Even if you want to use land use, you still have to contend with the fact that the Second Amendment is an individual right. The right to bear arms is something that the Supreme Court has said every individual has."