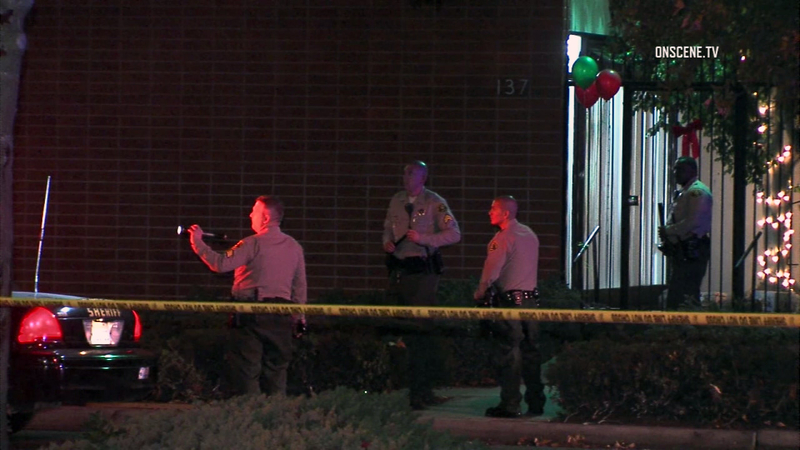 CARSON, Calif. (KABC) -- One man was killed and two others were injured during a shooting at a party in Carson late Saturday evening, according to officials.

The Los Angeles County Sheriff's Department said it responded to the 100 block of West Victoria Street at about 11:30 p.m.

All three were rushed to the hospital. One man was pronounced dead, and the conditions of the two others were not available from the sheriff's department.

The identity of the victim killed in the shooting was not released pending the notification of his family.

Witnesses told ABC7 that the party was to celebrate a woman's birthday and about 200 people were in attendance.

The witnesses said security was hired and everyone who entered was searched for weapons.

According to the witnesses, near the end of the party about 30 young men showed up and were turned away because some did not have their ID.

That's when witnesses said something occurred in the parking lot and shots were fired.

Detectives said they were trying to determine what sparked the shooting. A description of the shooting suspect or suspects was not available from the sheriff's department.

Anyone with information about the shooting that could aid detectives in their investigation was urged to call the Los Angeles County Sheriff's Homicide Bureau at (323) 890-5500.