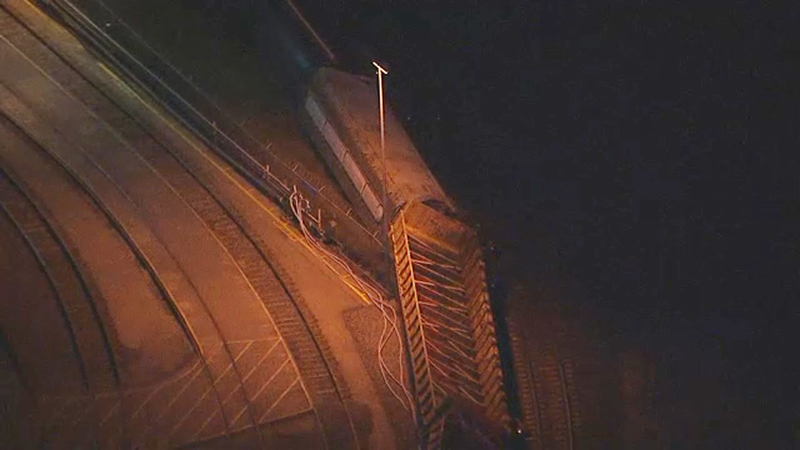 The crash happened near the Union Pacific Dolores Yard in the 1800 block of Sepulveda Boulevard.

Los Angeles County firefighters were at the scene, where the train cars were spotted on their side.

Railroad officials told firefighters all of the train cars were empty. Still, a Hazmat crew was on its way to the scene as a precaution.

No traffic was impacted by the crash.