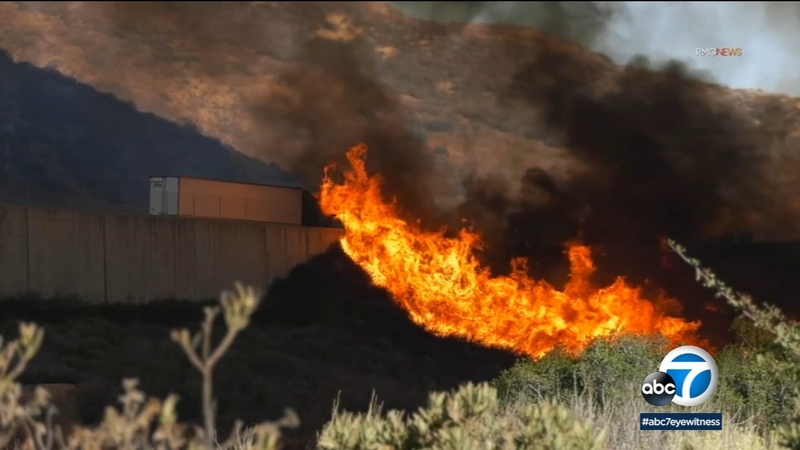 CASTAIC, Calif. (KABC) -- A fire that ignited along the 5 Freeway near Castaic, sending thick plumes of smoke into the air and resulting in a temporary shutdown of the freeway, remains 0% contained.

The Route Fire was reported just before 4 p.m. Saturday along the 5 Freeway near Templin Highway. Crews worked overnight dropping water in an effort to stop its spread, and as of Sunday morning, it has charred at least 454 acres, according to the Angeles National Forest.

"Today, aircraft and ground crews will seek opportunities to go directly at the fire and build containment," the agency tweeted.

The fire was first estimated at 5 acres but spread to at least 50 in less than two hours. It was then estimated at 140 acres after it jumped the freeway, and then continued to spread.

The blaze left two firefighters with burn injuries and was threatening structures, according to reports from the scene.

Just after 9 p.m. Saturday, two lanes were reopened in both directions, Caltrans reported. It's unclear when the freeway will be fully reopened.