Woman speaks out, says priest sexually abused her and LA Archdiocese covered it up 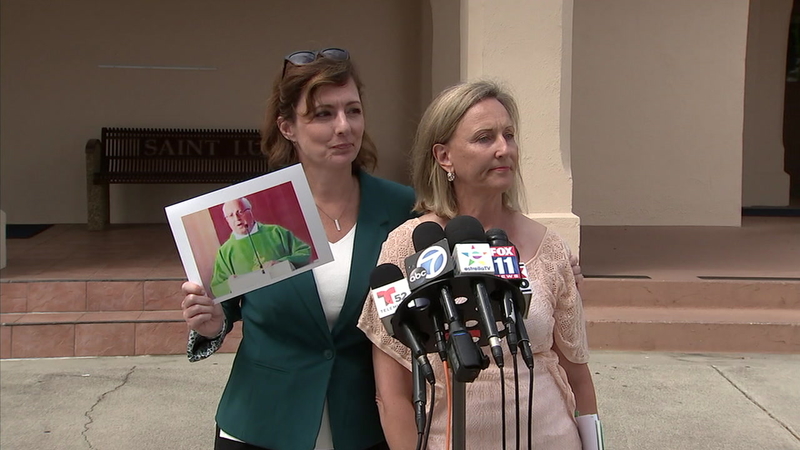 TEMPLE CITY, Calif. (KABC) -- A suspected victim of sexual abuse spoke out against a local priest and said the Archdiocese of Los Angeles covered it up.

Catherine Bergin said it took her years to be able to come forward and speak again. In 2015, she filed a lawsuit against the Archdiocese, claiming Father Nicholas Assi sexually abused her.

She said it happened at American Martyrs Catholic Church in Manhattan Beach. Assi is now at St. Luke's in Temple City.

"This abuse happened," Bergin said. "I am here today because clergy sexual abuse in the Los Angeles Archdiocese continues. And what is the Archdiocese doing about it? Covering it up."

She said the Archdiocese settled her case in 2015 and moved Assi several times, including to a church in Koreatown.

"All she wanted was for the man who attacked her to be removed from the parish. That's all she wanted," advocate Joelle Casteix said.

The Archdiocese issued a statement Monday.

"The District Attorney's office declined to press any charges. Law enforcement informed the Archdiocese that the case was closed," it said, in part. "After cooperating with law enforcement...Fr. Assi was returned to the ministry."

The Archdiocese also sent Eyewitness News newsletters from the parishes Assi was assigned to in 2014 and 2015. It claims they were distributed to parishioners informing them of the allegations.

Bergin said this is not enough.

"We need to support the victims. I need support, and when we don't have that we are alone, and isolated, and losing hope," Bergin said.