Dozens of headstones vandalized at Jewish cemetery in Philadelphia 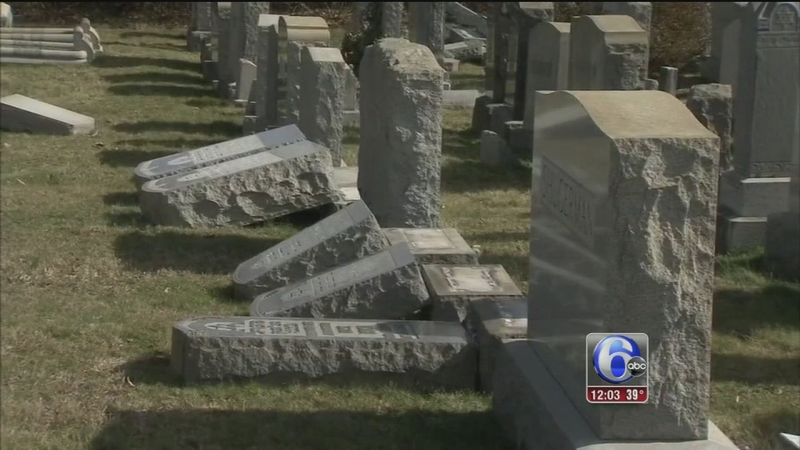 PENNSYLVANIA -- Dozens of headstones at a Jewish cemetery in Pennsylvania have been found broken and overturned, authorities said.

Philadelphia Police Department investigators described the incident as an act of vandalism at the Mt. Carmel Cemetery in the city's Wissinoming district.


Aaron Mallin of North Jersey made the disturbing discovery Sunday when he came to visit his father's grave.

"It's just very disheartening that such a thing would take place," Mallin said.

He said that while the results were disturbing, he was hoping that somehow it was not an anti-Semitic attack.

"I'm hoping it was maybe just some drunk kids. But the fact that there's so many, it leads one to think it could have been targeted," Mallin said.

The damage was widespread throughout the cemetery, with dozens, perhaps hundreds, of headstones affected.

Mallin said he did not understand how someone could do such a thing.

Vandals target Orchard Park cars, bridges with Nazi and racist graffiti in Buffalo. Evil and hatred must be stopped. Now.