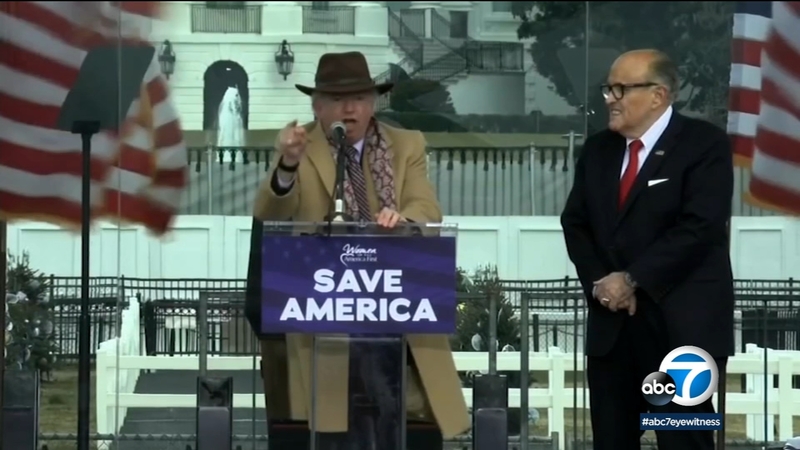 ORANGE, Calif. (KABC) -- Many are calling for the firing of a Chapman University law professor after he spoke out at a pro-Trump rally in Washington, D.C., just hours before the deadly siege on the Capitol.

John Eastman stood alongside Rudy Giuliani at a "Stop the Steal" rally, where the crowd was urged to march to the Capitol building.

More than 1,400 people, including Eastman's colleagues, have signed an online petition demanding he be fired.

Lisa Leitz, a professor of peace studies at Chapman, is one of more than 150 faculty members there who penned a letter to the university demanding Eastman be fired. Eyewitness News reached out to Eastman for comment, but hasn't heard back.

Leitz says his appearance at the rally and his past Trump campaign activities have scarred the university's reputation.

"It associates us with a racist insurrection against the U.S. democracy and it undermines the credibility of every faculty member," she said.

University President Daniel Struppa says he can't do that since the school only allows for termination of a faculty member if they're found guilty of a felony or disbarred.

"The Manual does not allow me to decide on my own that any faculty is a criminal or that they should be disbarred and therefore fired, which is what I am being asked to do," Struppa said in a statement.

Some students aren't buying it.