LA to pay $1.9M to family of homeless man shot by police on Skid Row 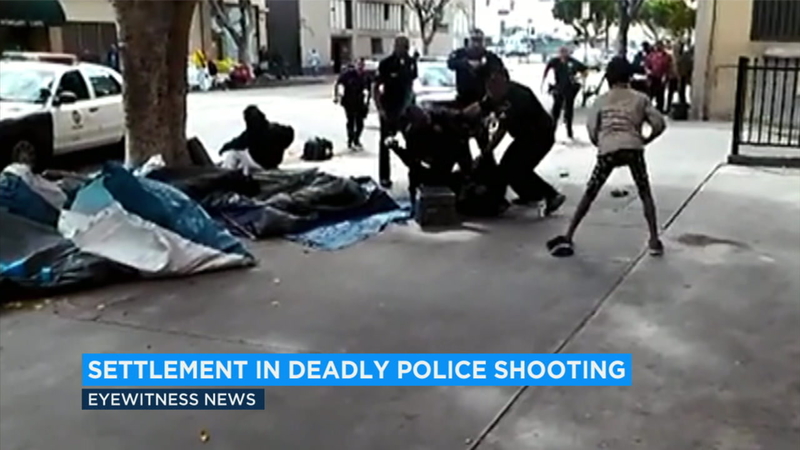 LA to pay $1.9M to family of homeless man shot by police on Skid Row

LOS ANGELES (KABC) -- The Los Angeles City Council has reached a $1.9 million settlement with the family of a homeless man who was shot and killed by police in a confrontation on Skid Row.

Charly "Africa" Keunang was killed by police during a confrontation in 2015. The incident gained national attention after video recorded by a bystander went viral. The images prompted protests.

Keunang was a mentally ill immigrant from Cameroon. He was shot several times during the scuffle with police.

The Police Commission found that Keunang tried to grab the officer's gun. The District Attorney's Office declined to prosecute.

The family disagreed and took the case to federal court. A jury found officers liable and the city then decided to settle. Tuesday, the city council approved that $1.9 million settlement to the family.