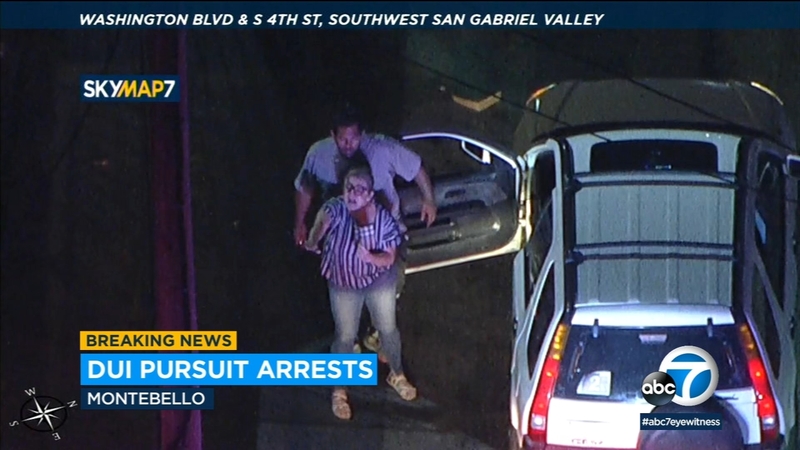 The chase ended just after 10 p.m. after the suspect stopped in an alley and began talking to a woman who apparently knew him.

After the man exited the SUV, the woman looked to be shielding him from CHP officers who had weapons drawn.

The woman yelled at officers, standing firmly between them and the suspect. The suspect complied and was taken into custody, while the woman was handcuffed after a scuffle in which officers took her to the ground.

A pursuit ended in a dramatic standoff Wednesday night when a woman who appeared to know the suspect shielded him from police. Hit play to see how it all unfolded.

Two more people exited the SUV and were detained by authorities.

AIR7 HD was over the chase as the suspect was on the 101 Freeway in the Boyle Heights area.

The suspect then got on surface streets and circled around a Montebello neighborhood before surrendering.