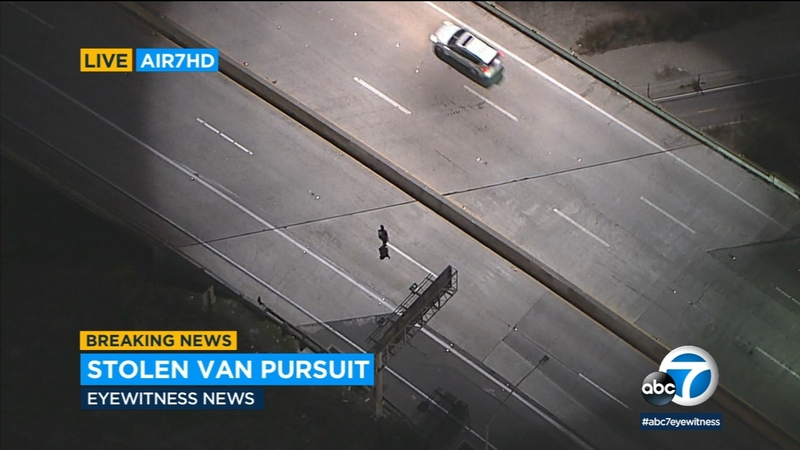 LOS ANGELES (KABC) -- A suspect who ran onto freeway lanes and avoided getting hit by passing vehicles after a stolen-van chase through West Los Angeles Tuesday evening was taken into custody by LAPD.

During the chase, the suspect drove a white van erratically on the 10 and 405 freeways and weaved through traffic, almost hitting other vehicles in residential neighborhoods.

The suspect eventually came to a dead end, jumped out of the van and began running along a nearby bike path.

Police chased a suspect in a stolen van in the West Los Angeles area Tuesday evening.

The suspect appeared to run out of energy, but ran onto the 90 Freeway into oncoming traffic and made it to the other side of the freeway - dodging vehicles in an attempt to escape police.

AIR7 HD was over the chase at about 5:50 p.m. as several LAPD vehicles were in pursuit. At times, the suspect was driving at high speeds and ignored red lights.