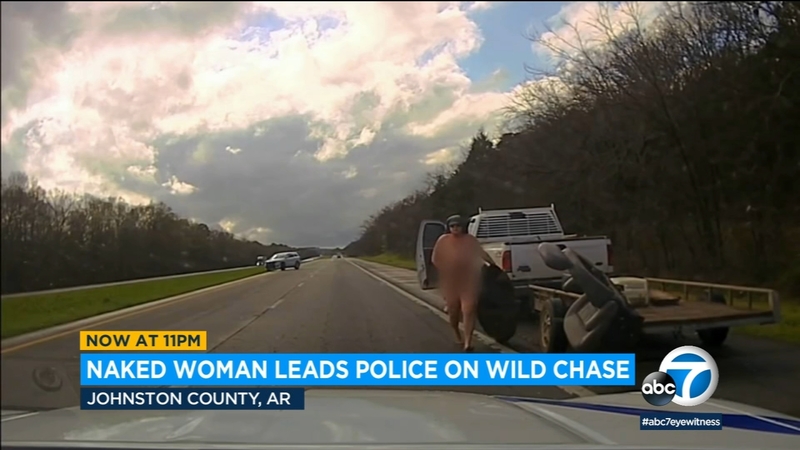 A wild pursuit that was caught on dashboard camera video was marked not by what happened during the chase, but what happened when the driver pulled over.

Arkansas State Police tried to pull over a 48-year-old woman who was driving a truck that had just been reported stolen.

Police say she led them on a chase for about 10 miles and had to set up a tire-puncturing spike strip to force her to pull over.

When she got out of the car, she pulled off what appeared to be a jacket and was wearing nothing underneath. The footage shows the naked woman then running toward the patrol car and getting tackled by another officer.

The incident happened in late March, and as of Tuesday, the woman was still in jail. She's facing charges of aggravated assault, theft of a motor vehicle, criminal trespassing, reckless driving, disorderly conduct and fleeing.