CHATTANOOGA, Tenn. -- Muhammad Youssef Abdulazeez pulled up to his military targets in a rented, silver Mustang convertible, wearing a vest with extra ammunition, wielding at least two long guns - either rifles or shotguns - and a handgun. His once clean-shaven face was covered with a bushy beard. A short time later, four Marines lay dead. A sailor who was seriously injured died Saturday.

The image of Abdulazeez described by investigators doesn't square with the seemingly pedestrian suburban man described by neighbors and classmates: A clean-cut wrestler, the brother of a tennis player, the son of parents who drove no-frills cars. A man who played with the neighborhood kids growing up, gave a lift to a neighbor who became stranded in a snowstorm.

Just days before the shootings, Abdulazeez was seen dribbling a soccer ball in his yard, and he told two longtime friends he was excited and upbeat about his new job at a company that designs and makes wire and cable products.

"Everything seemed fine. He was normal. He was telling me work was going great," said one of the friends, Ahmed Saleen Islam, 26, who knew Abdulazeez through the Islamic Society of Greater Chattanooga and saw him at the mosque two or three nights before the attacks. "We are so shocked and angry," Islam said. "We wish he would have come to us."

Hailey Bureau, 25, recalled sitting next to Abdulazeez in high school because their last names were close alphabetically. She said she broke down Thursday when she learned he was the gunman, saying, "It's so shocking. I imagine him the way I knew him then, laughing and smiling."

Bureau recalled Abdulazeez's sense of humor, evident in a wry quote next to his yearbook photo, one that has since taken on bitter irony: "My name causes national security alerts. What does yours do?"

The 24-year-old Kuwait-born man opened fire on two U.S. military sites in Chattanooga in an attack that left four Marines dead at the scene and a sailor who succumbed to his injuries later. The death of Navy Petty Officer 2nd Class Randall Smith, a reservist serving on active duty at the Chattanooga center, was announced Saturday by the Navy.

It's not clear what set him on the path to violence that ended with him being gunned down by police.

Abdulazeez did not appear to have been on federal authorities' radar before the bloodshed Thursday, officials said. But now counterterrorism investigators are taking a deep look at his online activities and foreign travel, searching for clues to his political contacts or influences.

"It would be premature to speculate on exactly why the shooter did what he did," FBI agent Ed Reinhold said. "However, we are conducting a thorough investigation to determine whether this person acted alone or was inspired or directed."

In the quiet neighborhood in Hixson, Tennessee, where Abdulazeez lived with his parents in a two-story home, residents and former classmates described an ordinary suburban life.

"It's kind of a general consensus from people that interacted with him that he was just your average citizen there in the neighborhood. There was no reason to suspect anything otherwise," said Ken Smith, a city councilman.

However, court documents allege it was an abusive and turbulent household.

Abdulazeez's mother, Rasmia Ibrahim Abdulazeez, filed a divorce complaint in 2009 accusing her husband, Youssuf Saed Abdulazeez, of beating her repeatedly in front of their children and sexually assaulting her. She also accused him of "striking and berating" the children without provocation.

Weeks later, the couple agreed to reconcile, with the father consenting to go to counseling.

Abdulazeez graduated from Red Bank High School in Chattanooga, where he was on the wrestling team. A fellow Red Bank High graduate, Hussnain Javid, said Abdulazeez was "very outgoing."

"Obviously something has happened since then," said Sam Plank, who graduated two years ahead of Abdulazeez but hadn't crossed paths with him since 2006. "He was as Americanized as anyone else. At least that's what it seemed like to me."

Bilal Sheikh, 25, said he had known Abdulazeez since they were teenagers, and they often played basketball together. He saw his friend at the mosque last weekend, as they came to pray and as part of the services to celebrate Ramadan.

"I'm in total shock, like everyone else," Sheikh said, later adding, "He was always the most cheerful guy. If you were having a bad day, he would brighten your day."

Islam and Sheikh both said that in the years they had known Abdulazeez, he never expressed any negative feelings about the United States or members of the military.

"He never said anything that would have been a red flag," Sheikh said. "I have so many questions in my head. I want to know why? What made him crack all of a sudden? It's mindboggling."

Abdulazeez got an engineering degree from the University of Tennessee at Chattanooga in 2012 and worked as an intern a few years ago at the Tennessee Valley Authority, the federally owned utility that operates power plants and dams across the South.

He was conditionally hired as an engineer at the Perry nuclear power plant near Cleveland and spent 10 days there before he was let go in May 2013 because he failed a background check, said Todd Schneider, a FirstEnergy Corp. spokesman. Schneider would not say why he failed, but said he was never allowed in the protected area of the plant near the reactor.

How did Chattanooga gunman go from typical suburban life to attack?

Later Friday, a federal official who had been briefed on the matter told The Associated Press that Abdulazeez was dismissed because he failed a drug test. The official spoke on condition of anonymity because of the ongoing law enforcement investigation.

For the past three months, Abdulazeez had been working at Superior Essex Inc., which designs and makes wire and cable products.

In April, he was arrested on a drunken driving charge, and a mugshot showed him with a bushy beard.

Karen Jones, who lived next to the family for 14 years, said she was somewhat surprised last weekend by his appearance when she saw him walking with another man in woods behind the house, where he liked to shoot pellet guns at a red target suspended in a tree.

"He had this big beard, which was not how he used to be," Jones said. She said he was typically clean-shaven.

The women of the family always wore head coverings in accordance with their Muslim faith, Jones said.

The official Kuwait News Agency on Friday quoted the Interior Ministry as saying that while Abdulazeez was born in Kuwait, he was of Jordanian origin.

A U.S. official who was not authorized to discuss the case and spoke on condition of anonymity said that Abdulazeez was in Jordan last year for months, and that those travels and anyone he met with are being looked at as part of the terrorism investigation.

In recent months, U.S. counterterrorism authorities have been warning of the danger of attacks by individuals inspired but not necessarily directed by the Islamic State group. Officials have said they have disrupted several such lone-wolf plots.

But the FBI's Reinhold said Friday that so far, there is "no indication he was inspired by or directed by" ISIS or other groups.

The gunman on Thursday sprayed gunfire at a military recruiting center at a strip mall, then shot up a Navy-Marine training center a few miles away. Some of the weapons were bought legally, some may not have been, Reinhold said.

An unidentified sailor seriously wounded in the attack remained hospitalized.

On Friday, Gwen Gott added purple ribbons and a flag to a makeshift memorial taking shape outside the recruiting station.

"I love the service. Without them, where would we be as a country?" Gott said. 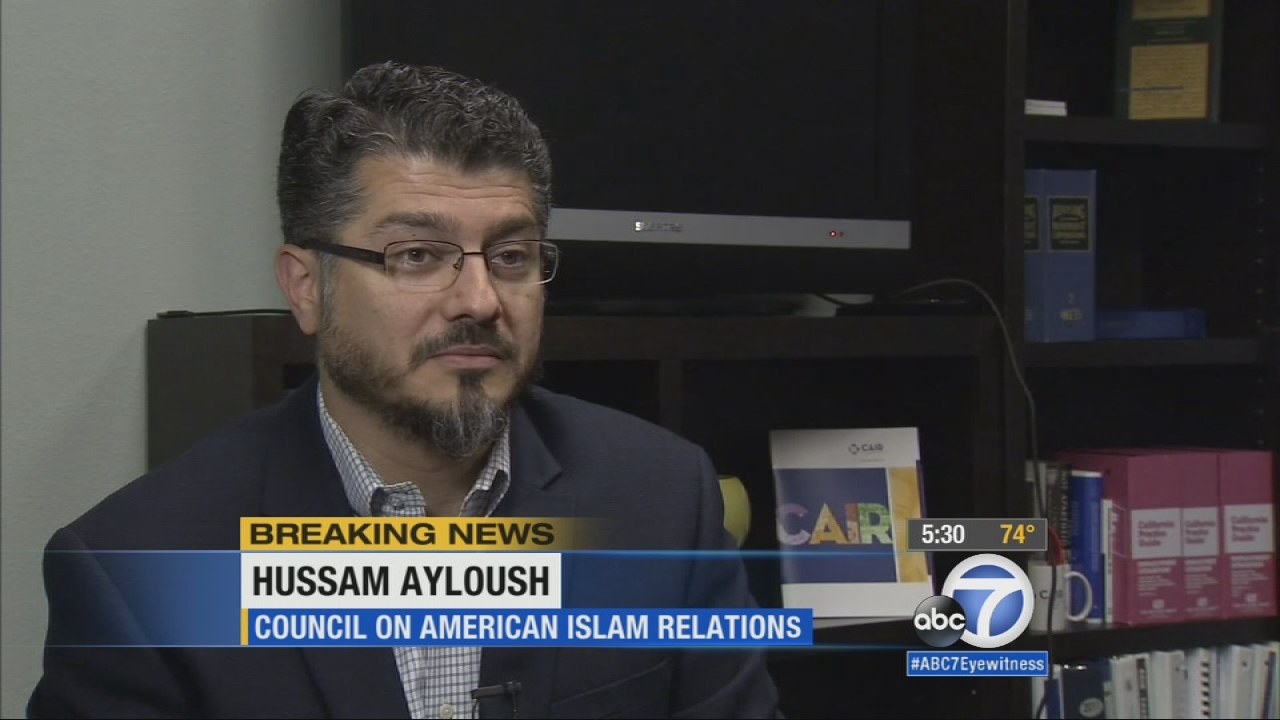