CHICAGO -- Chicago police released body camera video on Sunday of the fatal police shooting of 37-year-old Harith Augustus, which sparked a night of protests in the South Shore neighborhood.

Supt. Eddie Johnson said he made the unprecedented decision to release the video so quickly "because the community needs some answers and they need it now." He said he wanted to clear up misinformation about the shooting and prevent any future clashes.

The video shows what appears to show a gun and clip tucked into Augustus' pants. Moments after police approach him, the video shows Augustus walking into the street and appearing to be reaching for the weapon in his pants.

CPD released two videos, one in real time and another slowed down. The body cam video that was released does not have audio as there is a 30-second delay when the officer turns the device on.

The officer involved is in his probationary period. The officers involved in the shooting will be placed on administrative duties for 30 days.

Charges are pending against one protester.

After the body cam video was released, protesters returned to the scene of the shooting, but the crowds were more calm than the day before.

The shooting happened at about 5:30 p.m. Just prior, officers on foot patrol noticed a man that they believed was armed.

When they approached him, there was a confrontation. Police said Augustus became combative, and apparently got away from police. That's when officers said they saw him reach for a weapon, and one of the officers opened fire, killing Augustus.

"It was some semiautomatic weapon. He also had magazines on him," said Chicago Police Chief of Patrol Fred Waller. "The police department gets no joy in these type of incidents...it's not something that they plan to do. It's just a tragic incident all the way around."

Witnesses said he was shot several times. Augustus, who neighbors said worked as a barber, was pronounced dead at Jackson Park Hospital, fire officials said. Police said a weapon was recovered from the scene.

Neighbors claimed Augustus had a conceal carry license and wasn't doing anything wrong, although officers said that is not true.

"Another black man killed by the police, something's got to change. I'm sick of this," said witness Allen Davis.

Augustus, who has a young daughter, was a barber at Sideline Studio Barber & Beauty Salon just a couple blocks away from the shooting. On Wednesday, there will be gathering at the shop to remember him.

He had just left work when he was shot.

The shooting is under investigation by the Civilian Office of Police Accountability (COPA), which said in a statement that it is committed to a "thorough, objective and unbiased investigation and requests the public's patience and cooperation." Anyone with information is asked to contact COPA at 312-746-3609 or chicagocopa.org. 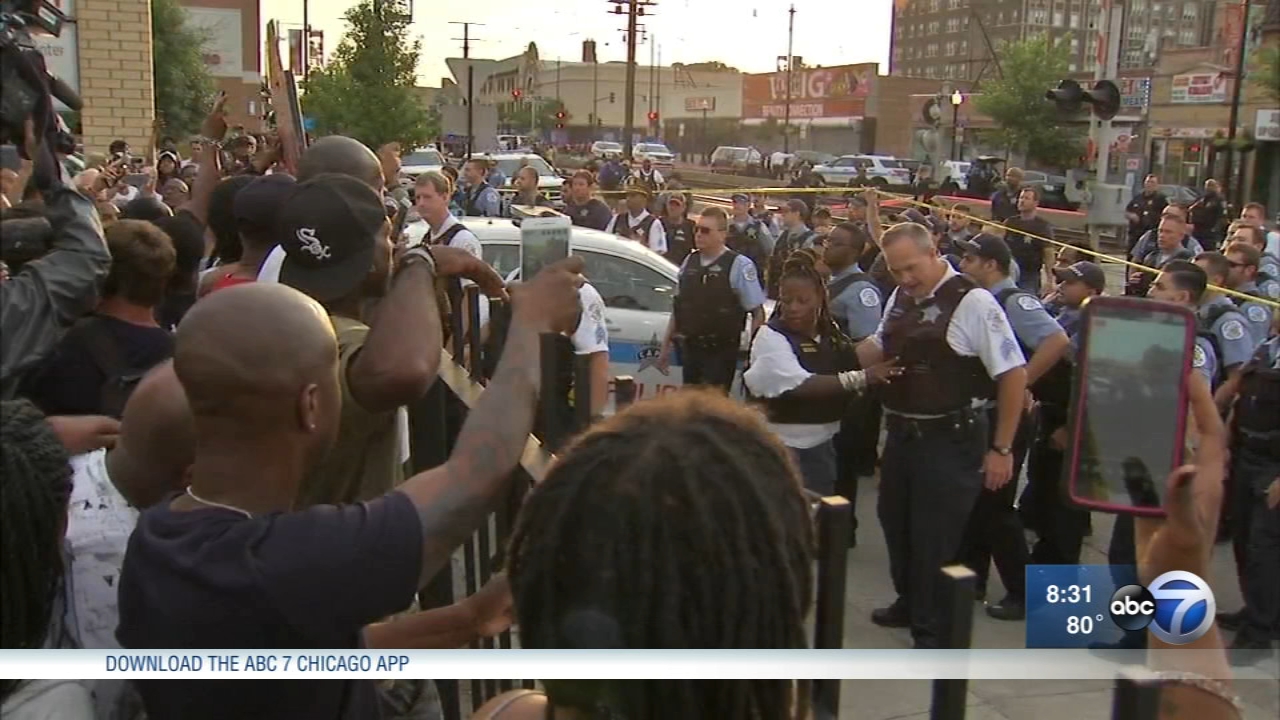