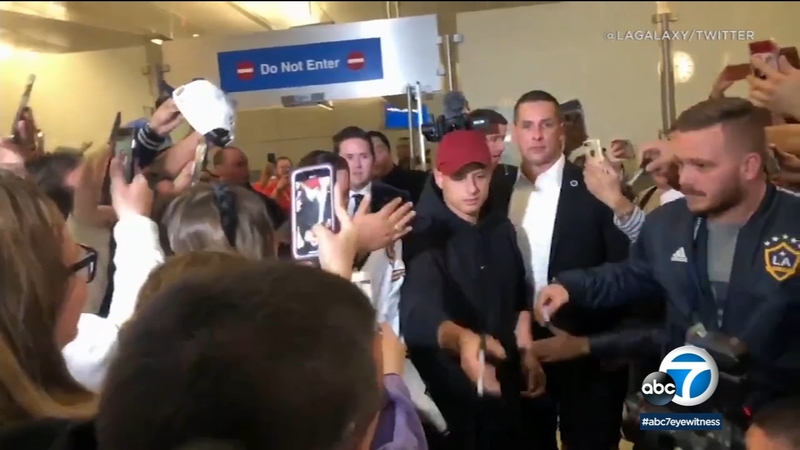 The Galaxy announced this week they signed the 31-year-old forward, who had been playing for Sevilla in Spain, to a designated player contract.

ESPN reported he is expected to be paid $10 million, making him the highest-paid player in Major League Soccer.

THE moment when @CH14_ walked out. The screaming fans say it all!

Huge shout-out to @LAGalaxy fan Moises Arroyo, who shot and shared this video with us. He was one of the lucky ones who saw him up close and even got his hat signed! pic.twitter.com/S75nA1bi8M

"I think we're gonna be loud, we'll be crazy," said one fan as he waited at LAX for Chicharito's arrival. "He might be a little jet-lagged. But I think he's gonna feel the warmth."

As the star arrived, fans began screaming and calling out "Javier, Javier." He signed a handful of autographs for the crowd.

Hernandez has played for Manchester United and Real Madrid among other international clubs. He has scored more than 200 goals in club and international play.

His arrival is expected to not only boost the Galaxy, but also intensify the rival with cross-town LAFC.