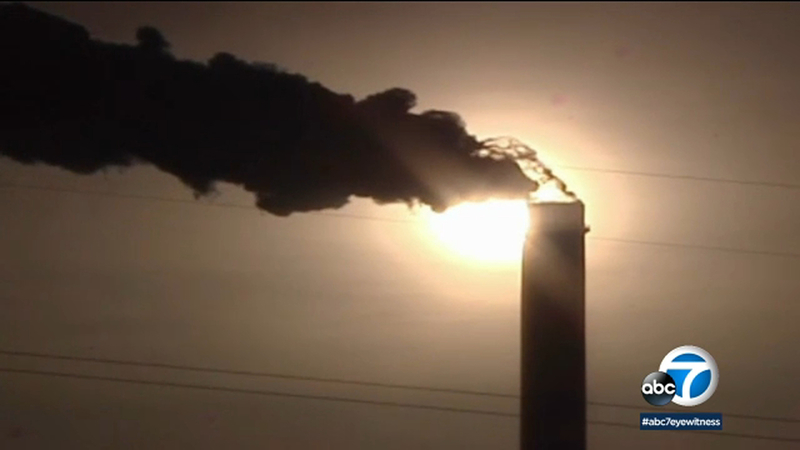 Climate researchers report an unintended side effect of coronavirus

Some parts of the world that have been particularly hard hit by outbreaks of novel coronavirus are starting to see some unintended side effects.

As residents in China and Italy remain home amid the growing health crisis, emptying usually bustling cities, climate researchers are reporting a change in the global environment.

In the months of February and March of this year, carbon dioxide emissions dropped by at least 25%, according to the Center for Research on Energy and Clean Air, an air pollution research organization.

In the four weeks after the Chinese New Year holiday, PM2.5 levels were down ~25% nationwide and NO2 levels by 40% on year, showing the dramatic reductions in oil and coal burning, with steepest falls in the central region. pic.twitter.com/2OcYp7YMCj

"We can expect that number to continue to increase as the pandemic rolls across the planet. It hasn't really hit the U.S. economy, which is in the top three of greenhouse gas emitters, as is China," said Dr. Victoria Hermann, climate researcher and National Geographic explorer.

Dr. Hermann attributes the decline to a drop in the demand for electricity. There's been a reduction of big industrial processes like steel production, oil extraction and the burning of coal in China.

Satellite images released by NASA show the levels of nitrogen dioxide over the country dramatically dropped as citizens were forced to stay inside. 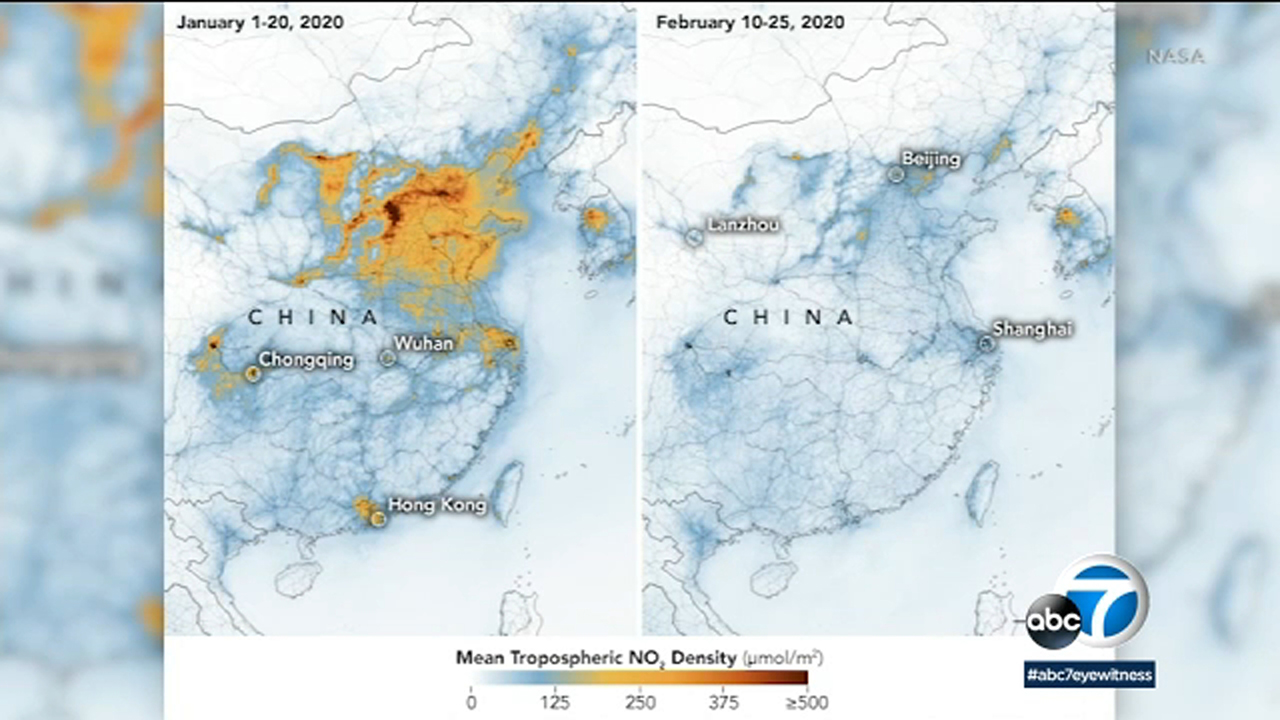 "It is a repercussion of an incredibly awful global pandemic that we are facing and we shouldn't say that this is a positive because we meant it to be," Dr. Hermann said.

While the damage to the environment since the Industrial Revolution is already done, Dr. Herrmann says the slowing of emissions is allowing scientists and people to see the changes that could come about if drastic measures are taken to protect the planet.

"If we put ourselves on a lower point today and we continue to decarbonize our economy globally, then we can get to a point where we see limited global warming rather than that really catastrophic global warming that we are projecting today with business as usual," she added.
Report a correction or typo
Related topics:
societyenvironmentcoronaviruschinaglobal warmingu.s. & worldclimate change
Copyright © 2022 KABC Television, LLC. All rights reserved.
TOP STORIES
Lawsuit alleges SoCal Edison to blame for Laguna Niguel brush fire
LA County likely to move into CDC's 'medium risk' category this week
Suspect in deadly OC church shooting charged with 10 counts
CDC to domestic travelers: Test for COVID before and after you fly
Person injured after Prius crashes head-on into SUV in Duarte
OC identical twin sisters give birth on same day in same hospital
Forward progress stopped on brush fire near Griffith Observatory: LAFD
Show More
Jimmy Kimmel tests positive for COVID-19 again
Angel Stadium sale halted for FBI corruption probe of Anaheim mayor
President Joe Biden awards 3 CHP officers with Medal of Valor
ABC announces fall 2022 schedule
Newsom pushes water conservation: 'We have to do things differently'
More TOP STORIES News