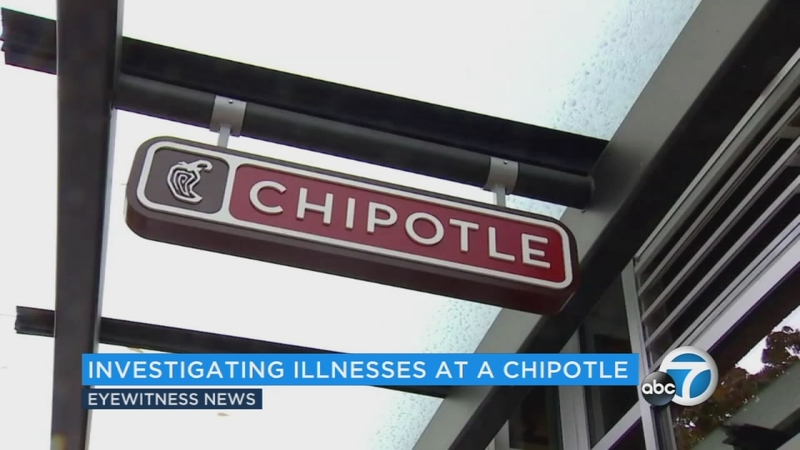 LOS ANGELES (KABC) -- The Los Angeles County health department is investigating reports of illnesses by employees of a Chipotle.

The health department said it received a report from Chipotle corporate offices of employees with nausea, vomiting and diarrhea at the Chipotle located at 4550 W. Pico Blvd. in Los Angeles.

Chipotle spokesman Chris Arnold confirmed Wednesday that the company had reported the illnesses to local health officials and said the employees are being held out of work. The restaurant was inspected Tuesday and remains open for business, Arnold said.

Chipotle is cooperating with the investigation, according to the health department. No other reports from other locations have been received.

Chipotle, meanwhile, says it has not directly received any complaints from customers and was not aware of any reports made to local health officials.

The burrito chain said it only knew of complaints on "user-generated reporting sites," but did increase preventative measures at the undisclosed location.

Chipotle has struggled to regain the confidence of customers after an E. coli outbreak in 2015. Last summer, a Chipotle in Virginia had to close temporarily after diners fell ill.

Shares in Chipotle Mexican Grill Inc. fell nearly 5 percent to close at $298.67 on Wednesday. That's less than half of what they were at their 2015 peak, before the E. coli outbreak.