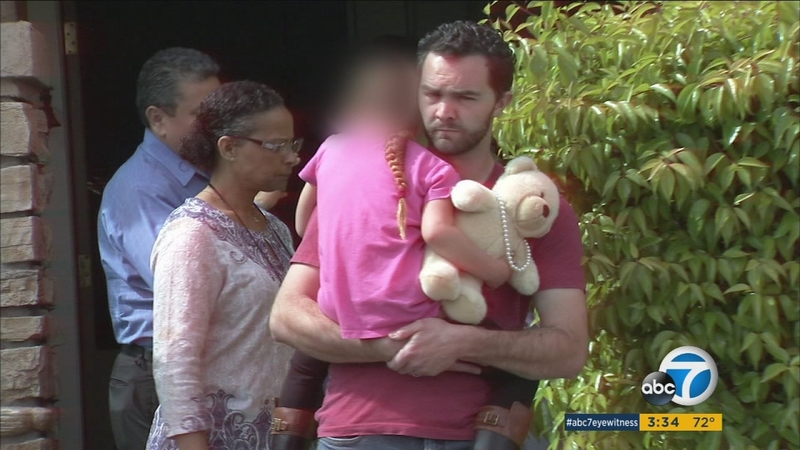 LOS ANGELES (KABC) -- A battle over custody of a little girl who is 1/64th Choctaw has been in and out of the courts for three years now, and returns on Friday with a new appeal hearing.

But what say does the 6-year-old girl herself - or any child caught up in a custody battle in California - have over her own fate?

Experts say courts in California do consider a child's perspective in custody fights, but they also weigh that against familial rights and, in this case, federal tribal law.

The now-6-year-old girl, Lexi, was ordered by a court to be taken from her foster family in Santa Clarita and returned to live with relatives in Utah.

The decision was made based on the Indian Child Welfare Act, which was designed to limit the breakup of Native American families through the adoption and foster-care systems. It gives the tribe preference to decide where and with whom a child will live.

In Lexi's case, the tribe advocated for her to live in Utah with extended family that now includes one of her half biological sisters, and another half sister who lives nearby. Lexi has visited them before and has skyped with them regularly.

But foster parents Rusty and Summer Page have vowed to fight the order, saying they want to adopt Lexi. They say the little girl cried when told she would have to leave them.

The California Court of Appeal hears oral arguments on Friday.

The case raises issues about what is in the best interest of a child and what say the child has in such questions.

"Any foster-care placement is designed to result in the reunification of the child with his or her family," Petty said. "That is the gold standard."

The Page family was aware of Lexi's status as an Indian child from the beginning, but still fought to keep her. That created a legal tug of war, putting Lexi in the middle, for nearly the last 3 years.

According to court documents, Lexi's case workers say she considers the Pages her parents.

Child custody attorney Michael Harrington, who has no connection to the case, said California law does favor the child having a voice in custody and visitation proceedings. He said he has seen children as young as 4 and 5 years old consulted in custody cases.

"The child has a constitutional right to a safe and stable home," Harrington said. "That right needs to be protected by the courts and by the minor's counsel."

But one of Lexi's social workers said she was there several times when Lexi was told she was going to visit her relatives in Utah and she would cry and cry.

Lexi's case workers agreed that a change in placement would be traumatic for her, but disagreed on how serious the trauma would be and to what extent she could learn to cope with the transition.