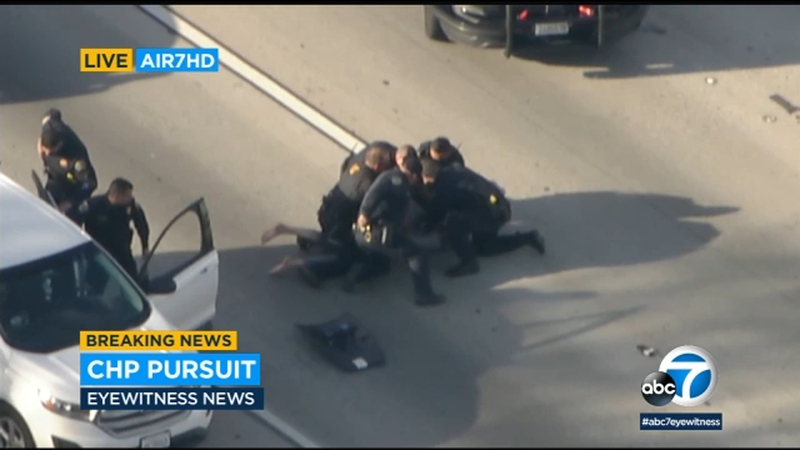 Suspect taken into custody at end of chase on 5 Fwy

LOS ANGELES (KABC) -- A suspect was taken into custody at the end of a chase on a busy 5 Freeway in Los Angeles Thursday afternoon, causing a traffic backup.

The driver at times was forced to travel at slow speeds and even stop with police units behind when running into light traffic on the roadway. Authorities deployed a spike strip near the Stadium Way exit, which the white SUV drove over.

The driver, however, did not get far and pulled over in the middle of a freeway. One woman got out of the passenger seat and surrendered to officers.

Authorities initially believed the woman was in the car with her son, who refused to stop the car. But when officers approached the vehicle, it was revealed that the driver was a woman. It's unclear what their relationship is.

After a short struggle with officers, the driver was taken into custody.