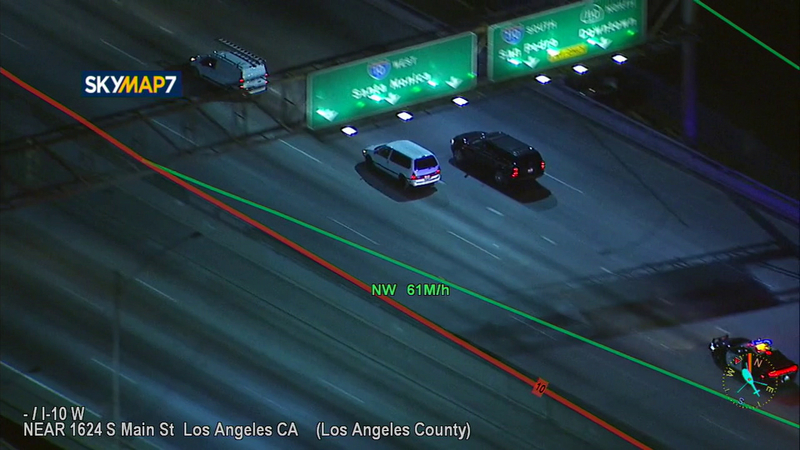 Chase ends after driver jumps out of moving minivan

DOWNTOWN LOS ANGELES (KABC) -- A woman jumped out of a moving minivan and was taken into custody on a street in downtown Los Angeles on Tuesday morning after leading authorities on a high-speed chase.

The pursuit, which originated at the 605 Freeway and Live Oak Avenue in Irwindale, reached speeds of up to 90 mph while making its way through Studio City, the Sepulveda Pass, downtown L.A. and Boyle Heights.

California Highway Patrol officers chased the driver on freeways and surface streets, where she occasionally veered into oncoming lanes.

At one point, while the vehicle was moving at about 20 mph on a deserted street in downtown L.A., the woman jumped out and remained lying on the ground until officers took her into custody.