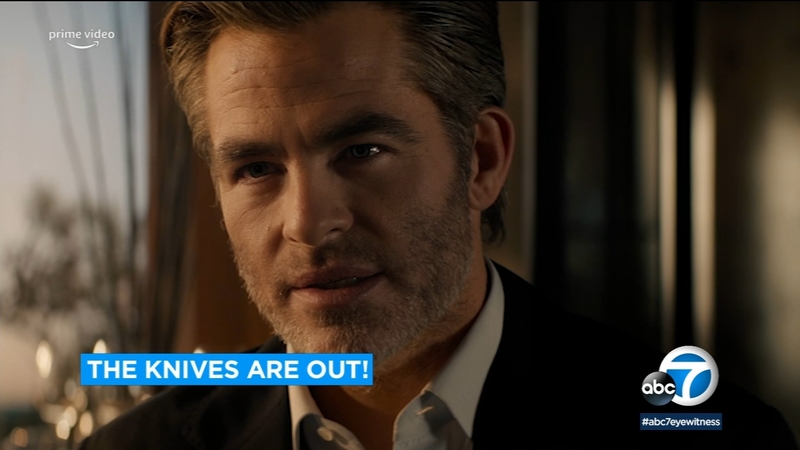 HOLLYWOOD -- In the new movie "All the Old Knives," two CIA operatives, played by Chris Pine and Thandiwe Newton, reunite to go over an old case. Someone in the agency leaked information, and more than 100 people died because of it.

"All The Old Knives" involves espionage, betrayal, secrets, lies and so much mystery!

Pine is also one of the film's executive producers. He says "All the Old Knives" combines his two favorite genres: the espionage thriller and the classic Hollywood romance.

"And it weaves the two of them in together into some sort of modern day 'English Patient' or 'Casablanca.' And it's just exactly why I started making films and why, why I want people to go see, go to the theater to see this and take their girlfriends, take their boyfriends and enjoy it," said Pine.

"The best date movie ever! Oh my God!" said Newton.

Director Janus Metz says there is a lot going on here!

"I think it's, you know, it's the joy of making a movie like this is how, you know, how much can you keep the audience guessing and invested in trying to, like, solve the mystery until the very kind of las minute of the film," said Metz.

"All the Old Knives" is new to theaters this weekend.