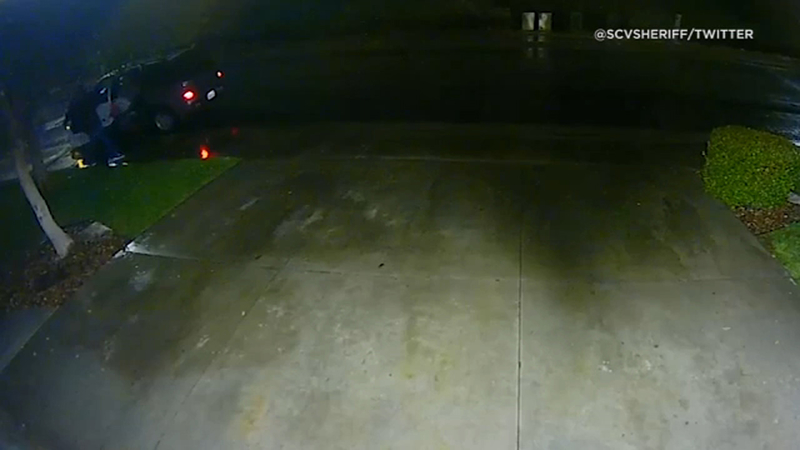 VALENCIA, Calif. (KABC) -- Authorities are asking for the public's help in identifying the person who was caught on camera stealing Christmas yard decorations from a Valencia neighborhood.

The theft occurred around midnight on Dec. 6 on the 27900 block of Skycrest Circle, according to the Santa Clarita Valley Sheriff's Station.

Surveillance video shows the suspect exiting a dark-colored SUV and returning a few moments later with what appears to be a large snowman lawn decoration. After stuffing the decoration in the backseat of the car, the suspect drives away.

Another theft was reported by a homeowner on the same street just a few minutes later, authorities said. That resident reported seeing a man dragging an inflatable Christmas decoration from her front yard.

This comes after a Downey family's Christmas display was targeted again by thieves in an act that was also caught on video.

A Downey family's Christmas display was targeted again by thieves in an act caught on video.