Gunman kills self after shooting couple outside Chula Vista Costco 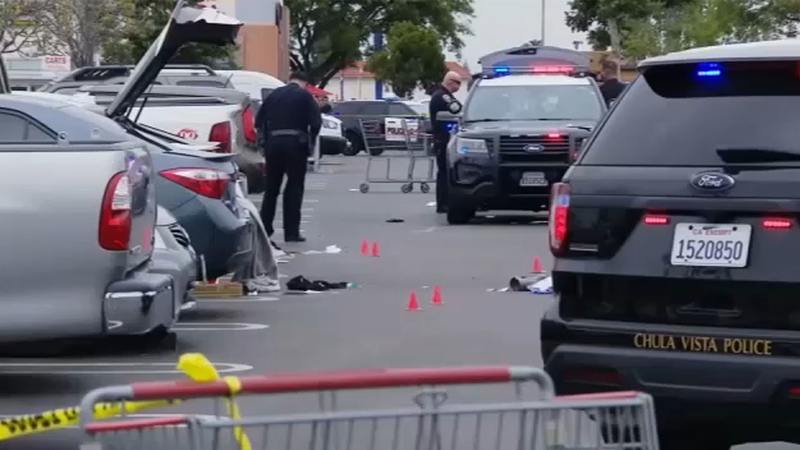 Gunman kills self after shooting couple outside Chula Vista Costco

CHULA VISTA, Calif. (KABC) -- A man shot at his former girlfriend and her boyfriend outside a Costco Wholesale store in Chula Vista, and then turned the gun on himself.

Monday's shooting happened about 12:30 p.m. near the Costco at 1100 Broadway at Naples Street. Other nearby stores include Walmart and Petco, according to KGTV in San Diego.

Police said the man confronted his ex-girlfriend and her boyfriend in the parking lot. After an angry exchange, police said the ex-boyfriend pulled out a gun and shot the couple before turning the gun on himself.

All three people were found suffering from gunshot wounds and were transported to a nearby hospital for treatment, police said.

The gunman died at the hospital, and the victims have undergone surgeries for serious injuries.

The woman's infant was in a stroller in the area at the time of the shooting and was uninjured.

More of the scene outside Costco. People who parked near shooting can’t go their cars. Crews arranging for taxis home pic.twitter.com/ACMkNa47bE