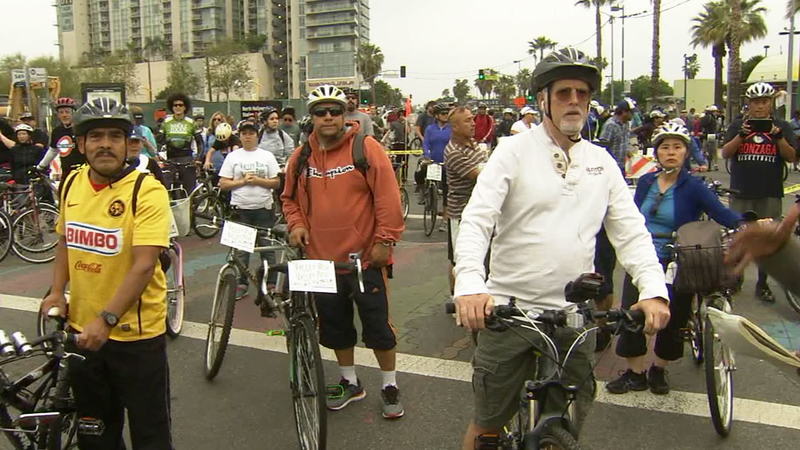 The event began at 9 a.m. and ran until 4 p.m. A ceremony attended by Los Angeles Mayor Eric Garcetti and several L.A. City Council members kicked off the event.

The 6-mile route from North Hollywood to Studio City started at the intersection of Chandler and Lankershim boulevards, continued up Lankerskim Boulevard to the Universal City/Studio City Metro Red Line station, then turned up Ventura Boulevard to Coldwater Canyon Avenue.

The ride also included a sonic "walkscape" that could be accessed through an app. The app allowed participants to listen to music, interviews and historic sound clips that brought together the past and present of the San Fernando Valley. 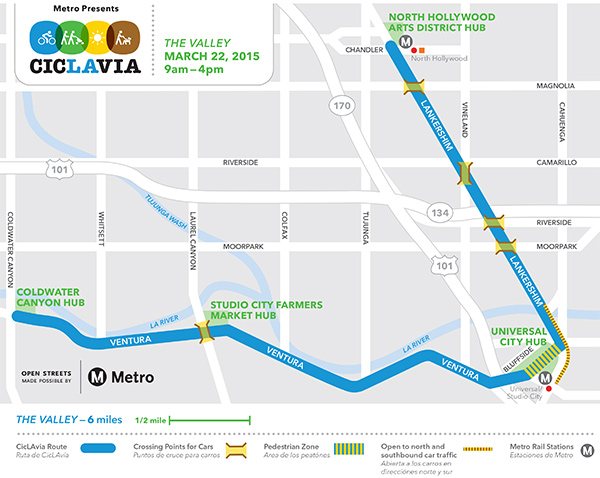 Roads are closed to all but foot and bicycle traffic through approximately 5:30 p.m.

Godfather of the event Jaime Ortiz created Ciclovia, which means "open roads," in Bogota, Colombia to bring attention to car pollution and promote healthy living. The event gives many a chance to see the valley at a different pace, flooded with people, rather than cars.

"It's so quiet without the car noise. It's unbelievable. You can actually hear the birds," Paley said.

For more information about the event, visit ciclavia.org/ciclavia_the_valley.