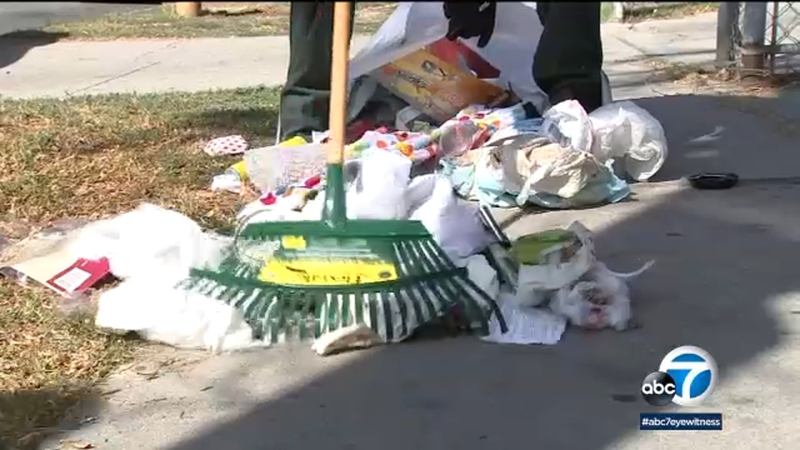 SAN FERNANDO VALLEY (KABC) -- A group of people dedicated to cleaning the streets across the San Fernando Valley has removed roughly 50 tons of trash in the area since the start of the year.

The program, which was launched in 2014, now has two full-time employees to stop illegal dumping and pick up large bulky items like couches that are often tossed and left on the street.

"We just have to walk around our city and see that it's an issue and so we just need to make sure we stay on top of it, but we can't do it alone," Martinez said. "We need the public's help. We need everybody to pitch in."

The program covers areas all across council District 6, which includes areas like Panorama City, North Hollywood and Van Nuys.

John Best has been a Van Nuys resident since 1953 and he cleans the same street corner in his neighborhood every day.

"The accumulation of trash in the gutter, on the sidewalk.. .It just, it hurts. I clean up like it's my own house, my own yard. My own property," Best said.