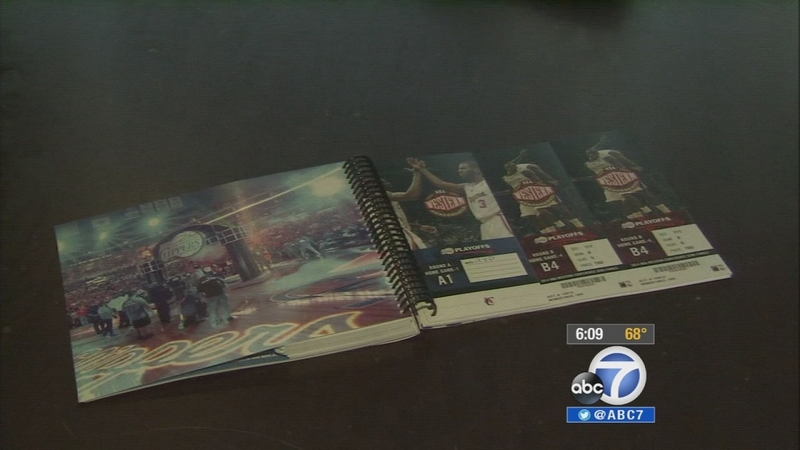 LOS ANGELES (KABC) -- Some Los Angeles Clippers season ticket holders are worried about a long drawn-out battle between Donald Sterling and the NBA.

Since Sterling's racist rant first came to light, there has been talk of a player boycott and current Clippers players being allowed to leave the team.

"If they stick together, I am with them. If those players go to the Lakers, I am going to become a Laker fan," said Soboroff.

That means he would want his money for his Clippers season tickets back.

"It's a lot of money. I can use that money. I'll go wherever (the players) go," said Soboroff.

Civil rights attorney Roger Diamond agrees. He's been a Clippers season ticket holder since the team came to Los Angeles more than 30 years ago. Diamond wants a refund if players do not return. He drafted a document that he says he will send to current Clippers management, asking them to agree to return his money and that of any season ticket holder seeking a refund.

"If the players leave, and clearly it's an inferior product, then we want out and we want the Clippers to recognize that now," said Diamond.

Diamond says he has been in contact with other season ticket holders, but as of right now, he is acting on behalf of himself.

The Clippers say this was brought to the attention of the team spokesperson late Thursday afternoon and the team has no comment.