In the Neighborhood: Marc Brown gives viewers a look into his childhood in Harbor City 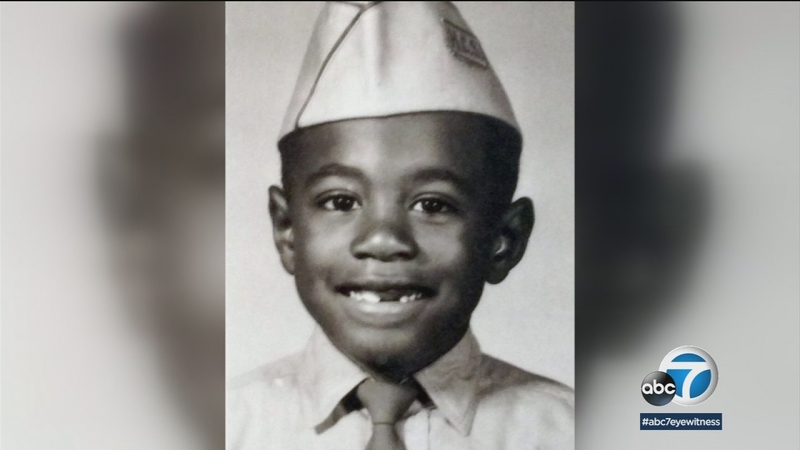 In the Neighborhood: Marc Brown shows us Harbor City

HARBOR CITY, LOS ANGELES (KABC) -- When Marc Brown was 5-years-old, his parents moved him and his brother from South Los Angeles to a brand new home in Harbor City.

It was in the summer of 1967, and it was a different era, especially for a black family moving into a new subdivision.

"At first, there was restrictions. Black people couldn't buy in that track. Jess Kendrick and a friend of ours, Burt Ashe, filed a complaint. That made the developers decide, 'no, we can't do this. We've got to open it up for everybody,'" Brown's father, Adron Brown, said.

Five years later, Brown's father was elected president of the homeowners association. He said he's proud of his father and old neighborhood. Now it's one of the most ethnically diverse neighborhoods in the city.

Brown met up with some residents, former neighbors and classmates at Harbor City Park. They all swapped stories and talked about the neighborhood in the cool afternoon breeze.

"One of the best things that ever happened to me was my parents moving to Harbor City," Eric Magee said.

As time marched on, things in the area changed. A condominium complex back in the day was an Alpha Beta Store, No. 94. Brown worked there for five years. He said he bagged a lot of groceries and gained some unforgettable skills.

People like Harbor City for the schools, Brown said. President Avenue Elementary, Fleming Middle School and Nathaniel Narbonne High School were the ones he attended.

"There's something special about the students that come here. They are just the nicest, most respectful students that I've ever worked with," principal Gerald Kobata said.

Narbonne is among the higher-performing high schools in the district, much like it was in the late 70s when Brown attended. The school has some famous alumnus. Actress Bo Derek, director Quentin Tarantino, dozens of musicians and athletes, including L.A. Chargers rookie linebacker Uchenna Nwosu attended.

But one of the most famous neighborhood residents never attended school. Reggie the alligator turned up in Harbor City's Lake Machado in 2005.

It took alligator wranglers two years to capture him. Now he lives at the L.A. Zoo. Brown bets Reggie misses the afternoon Harbor City breeze as much as he does.