Keep your French Bulldog safe with these tips

French Bulldogs are one of the most popular dog breeds according to the American Kennel Club. This puts them at high risk for dognapping.
KABC
By Sophie Flay 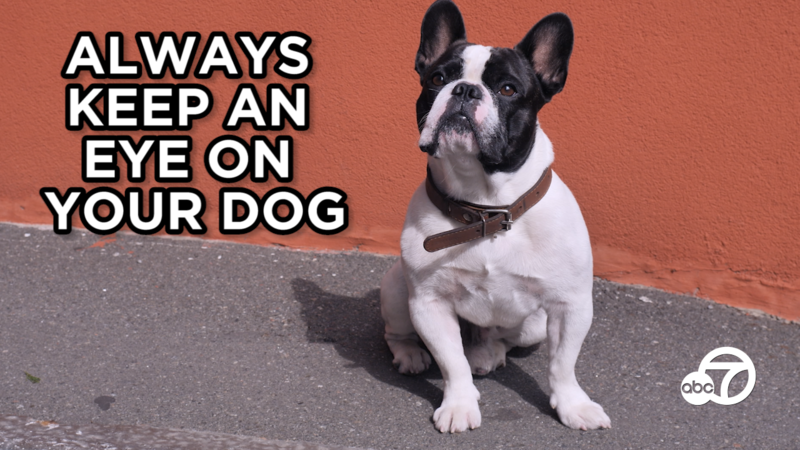 Keep your French Bulldog safe with these tips

Why are French Bulldogs commonly targeted by thieves?

According to the American Kennel Club, French Bulldogs were the second most popular breed of dogs in 2020.

"They're highly adorable, they're very cute on social media, they are wildly popular and I think these are ways that people get introduced to the breed," said Vice President of Public Relations for the American Kennel Club Brandi Hunter.

But as we've seen in recent news, they're often targeted and stolen.

Hunter said the dogs are popular among celebrities and are often posted all over social media, which can make it easy for thieves to track them down.

The breed is also expensive. A purebred French Bulldog can cost anywhere between $3,500 to $5,000, according to Hunter.

French bulldogs are often preyed upon by dognappers for the same qualities that make them such beloved pets. Frenchies are in HIGH DEMAND, are SMALL AND EASY TO STEAL and are EXPENSIVE. French bulldog puppies can fetch between $1,500 and $5,000 or even higher. pic.twitter.com/EGhk6yPc1a

Plus, they're small. And smaller breeds have a higher rate of pet theft since they're easy to carry.

But Hunter has some tips to help keep your pet safe.

First, always keep an eye on your dog.

"Don't just put them in the yard and think they're going to be able to run and be great. They will but that is a prime target for thieves," said Hunter.

Second, be careful with the information you're sharing on social media.

"Thieves are technologically advanced. They really are, they're getting in there, getting smarter every day," said Hunter.

"It is not a procedure that causes a dog any pain, but it is linked to a database where - if you keep your information updated - if somebody finds your dog, takes it to a vet, takes it to a shelter and they scan for a microchip, somebody can contact you," she said.
Report a correction or typo
Related topics:
community & eventslos angeles countysafetycommunity journalistpetmissing dogdogin the community
Copyright © 2021 KABC-TV. All Rights Reserved.
More Videos
From CNN Newsource affiliates
TOP STORIES