In the Neighborhood: Rob McMillan takes walk down memory lane in Rancho Cucamonga 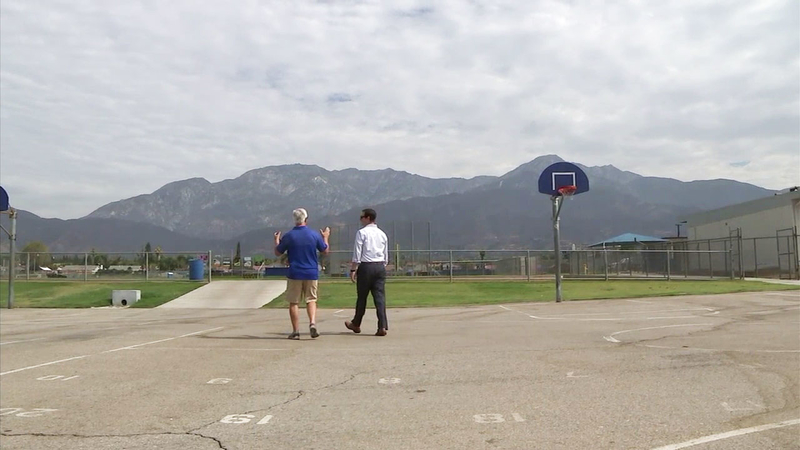 RANCHO CUCAMONGA, Calif. (KABC) -- Rob McMillan took a walk down memory lane and shared what it was like to grow up in his scenic hometown of Alta Loma, an area of the Inland Empire's thriving city of Rancho Cucamonga.

He visited the home where his family first moved in the 1970s. It's where his mom still resides. She said what convinced her to move to the new town back then was the price, school district and, of course, the views.

Rancho Cucamonga backs right up to the base of the picturesque San Gabriel Mountains.

"Whether I was helping my dad mow the lawn or playing in the dusting of snow, those striking peaks were always there, beckoning," McMillan said.

At the time, the city had just incorporated, so most residents didn't call it Rancho Cucamonga but rather Alta Loma.

McMillan's former band director at his alma mater, Alta Loma High School, took him for a tour of his old band room. He remembered times where practice took place outside in front of the stunning mountain views.

His first job in the city was at Edwards Movie Theater -- now Mountain View Church.

Farther south, Route 66 runs right through the middle of Rancho Cucamonga and right past one of the family's favorite restaurants: Vince's Spaghetti.

Something significant that was also spotted were the remnants of the "no dumping" stencils that McMillan painted as part of his Boy Scout eagle project.

"It was something that was giving back to the community right. It was a public service," said Rocky Bettar, one of McMillan's old scoutmasters.

"It's just a great place. When we got here in '76, it was just grape fields and orchards, and now it's growing," he added.

"I mean, we were like sleepy, quiet, little Alta Loma. Now it's a big, thriving city of the Inland Empire."