A deputy says he endured years of "bullying and intimidation" by members of a gang of deputies at the Compton sheriff's station known as the "Executioners."
KABC
By Jovana Lara and Lisa Bartley 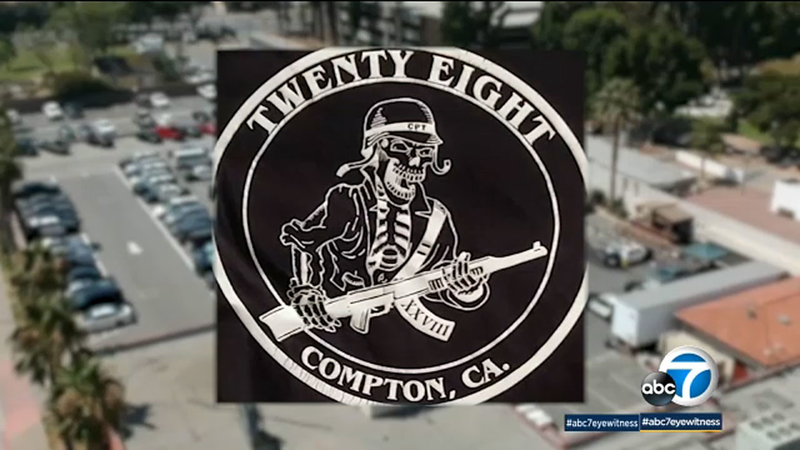 LOS ANGELES (KABC) -- Deputy Thomas Banuelos with the L.A. County Sheriff's Department says he endured five years of "bullying and intimidation" by members of a gang of deputies at the Compton sheriff's station known as the "Executioners."

"It was a very serious, violent and bloody assault which could have killed Deputy Banuelos," says the deputy's attorney Alan Romero. "He had him on the ground and was literally just bashing his head in with his elbow over and over and over again."

According to his government claim, Banuelos was told "under threat of violence" to go to meet with an alleged "enforcer" of the gang, Deputy Eugene Contreras. Banuelos suffered injuries to his head, but did not report the beating because Executioners warned him "not to cooperate with investigators and to lie about the violent attack," according to the claim.

"Deputy Contreras told Deputy Banuelos -- if you open your mouth, you'll be labeled as no good, which essentially means that you're open for retaliation in the station by all members of the gang," says attorney Romero.

Eyewitness News reached Contreras who said he was "ordered by the department not to talk about the matter until they complete their investigation."

Deputy Banuelos did tell at least one person about the attack, his friend and fellow Compton Deputy Art Gonzalez. Gonzalez called a confidential tip line for Internal Affairs. He says he was shocked to find out the recording was almost immediately leaked to "Executioners" at the station.

Gonzalez has filed his own claim against the county, alleging retaliation by the gang for reporting the attack. Someone wrote "ART IS A RAT" on the keypad to the entrance of the patrol station.

From the Vikings, to the Regulators, the Jump Out Boys, the 3000 Boys, the Banditos and now the Executioners -- deputy gangs have infested the Los Angeles County Sheriff's Department for decades.

A county document obtained by Eyewitness News lists dozens of cases since 1990 related to deputy gangs that have led to nearly $55 million in court judgments and settlements. Many lawsuits, including one related to the Banditos, are still pending.

Sheriff Alex Villanueva said on Tuesday that he implemented the first policy in the history of the department to ban gangs or secret societies.

"So, we did the right thing, we created the policy, we're now holding people accountable under that policy and people are now starting to discover, wow - we mean business," Villanueva said on Facebook.

But Inspector General Max Huntsman says he's seen no evidence that the policy is being enforced.

"It has not been implemented, it's in writing, but no investigations have been conducted," Huntsman said last week at a meeting of the Civilian Oversight Commission. "And we're unable to investigate effectively because of the obstruction of the sheriff's department."