Compton city councilman charged with fraud, bribery in election he won by 1 vote 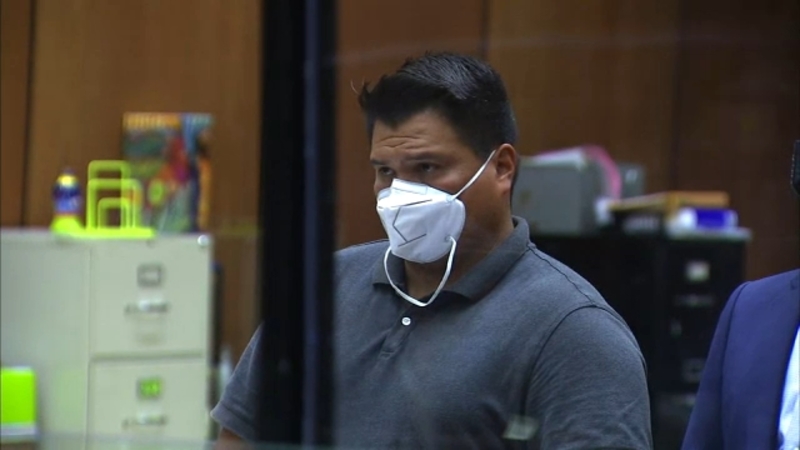 COMPTON, Calif. (KABC) -- Compton City Councilman Isaac Galvan and five other people were charged Friday with conspiring to commit election fraud during a June runoff to ensure Galvan would retain his seat.

Galvan won the election by one vote.

Galvan, 34, was charged with conspiracy to commit election fraud and attempted bribery with intent to influence an election.

According to the District Attorney's Office, Galvan and Dawson, a former Compton City Council candidate, conspired to secure votes for Galvan to ensure he retained his District 2 seat on the panel. Prosecutors also contend Galvan tried to bribe a county registrar employee as she was counting ballots on election night.

The other four defendants allegedly registered to vote at Dawson's address in Compton, even though they didn't live there, prosecutors said. They are all accused of voting illegally in the election.

"That was one of the most frustrating things ever, to lose by one vote," Spicer told Eyewitness News. "We have low voter turnout, so we're talking about voter fraud, you can do five people and that constitutes 10% in Compton in some cases."

Galvan and Dawson were arraigned Friday in downtown Los Angeles. Court dates have not yet been set for the other defendants.

"Elections are the cornerstone of our democratic nation," District Attorney George Gascon said in a statement. "We must do everything in our power to protect the integrity of the electorate process and to ensure that elections are free and fair. The people of Los Angeles County expect and deserve a government that is free of political corruption at every level."

"Based on those records and the associated activity, my office immediately notified law enforcement of our concerns and then fully cooperated in the investigation," Logan said, noting that he was "encouraged to see that the district attorney has filed charges in response to this serious matter."

"... These charges and the activities alleged in this case are serious and strike at a time when public confidence in our electoral process is in decline and misinformation about the security of voting is rampant,'' he said. "At the same time, our referral and the district attorney's subsequent investigation and charges demonstrate that attempts to perpetrate fraud on the voting process are trackable and will be prosecuted."

As for the fate of the City Council seat in question, that depends how the fraud cases play out in court. Even if Galvan is removed from office, there's no guarantee Spicer will take his place.

"There would have to be an appointment. That's the part that angers me, because now we're talking about a council of four people voting as to (whether) I should take the seat or not," Spicer said. "When in all actuality, I won the election outright and the district chose who they wanted."

Eyewitness News' request for comment from Galvan was not immediately returned. He's due back in court next month.