A $10,000 reward is being offered for any information that will help lead to an arrest and conviction in a 4-year-old murder case.
KABC
By Ashley Mackey 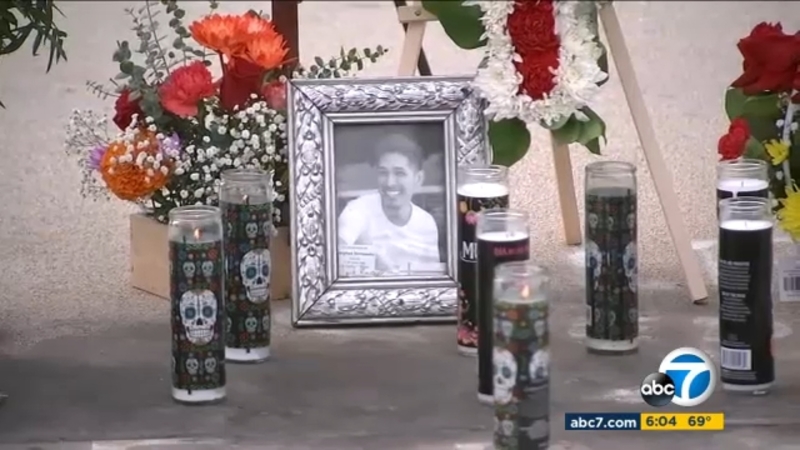 COMPTON, Calif. (KABC) -- Four years ago, 21-year-old Estephan Hernandez was murdered in a drive-by shooting in Compton leaving a hole behind in the hearts of his family and community members.

With a $10,000 reward still being offered, they're hoping someone comes forward with any information.

"Today is his fourth anniversary," Lydia Gonzalez said about her son in Spanish. "We do this every year in remembrance of our son."

"Mr. Hernandez sat right here on 148th street in the unincorporated area of Compton and was gunned down for no apparent reason," said Lt. Brandon Dean of the Los Angeles County Sheriff's Department.

At the time of his death, Hernandez was a Cal State Long Beach student and worked as a group mentor there. He was said to be the first in his family to go to college and was set to graduate soon with the goal of becoming a social worker. Detectives said he had no gang ties and four years later, they've come to a crossroad.

"That's why we're back out here on the four-year anniversary to let everyone know, we're still working this case and we need information," Dean said.

Detectives, family and friends are hoping for just a little bit of information that can further the investigation. A long-time family friend is praying that the family can one day see justice.

"Please to all, if you know anything, please do not stay silent," Gonzalez said in Spanish. "So, that no other mother will suffer as I do every day of my life."
To provide any information you can call the Sheriff's Department Homicide Bureau at 323-890-5500 or an anonymous tip line at 800-222-8477.