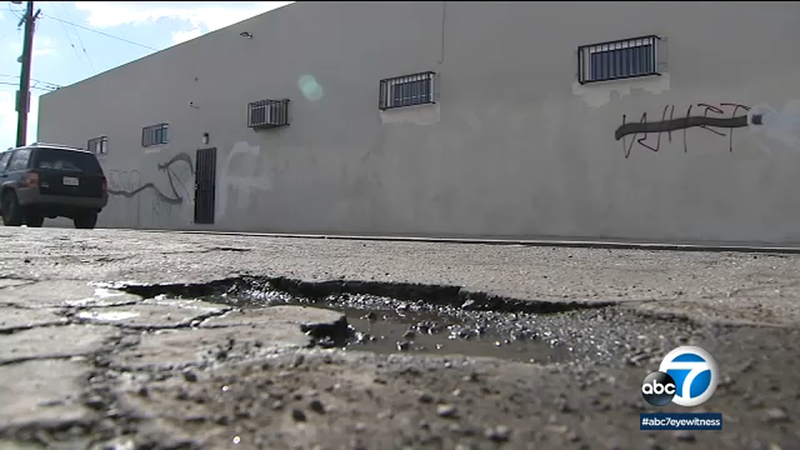 COMPTON, Calif. (KABC) -- The city of Compton has earmarked millions of dollars to repair streets riddled with potholes, remove graffiti and clean up illegal dumping.

Crews began work Friday on 130th at Wilmington Street, one of the many streets in the city that's benefiting from the $5.8 million project.

It was a welcome sight for Dawn Franks, whose family has lived on the street since the 1950s. She says she's asked the city to do something about the damaged street many times.

"I'm just excited that the street is going to be repaved. I can drive down the street and not go two miles or five miles per hour just because of the potholes," Franks said.

Eventually, the city says, all of the potholes will be filled.

There were plenty of smiles when residents heard that street repairs were finally being done. Tina Coleman, who lives off of Compton Boulevard, says she sometimes has to swerve onto the other side of the street in order to avoid the potholes.

Compton Mayor Aja Brown believes the work will go a long way to improve the image of the city. It may have taken a while, but she says she and the rest of the city council are keeping their promise to fix neighborhood streets.