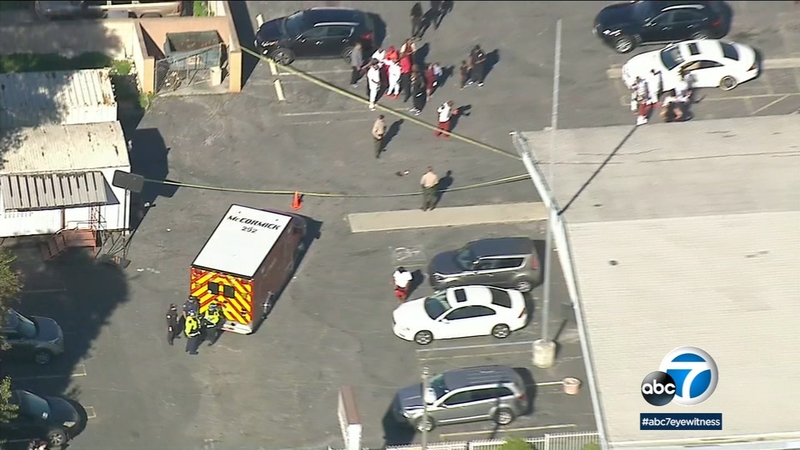 COMPTON, Calif. (KABC) -- A shooting erupted outside a Compton church on Friday afternoon during a funeral, according to witnesses.

The incident happened at 1:40 p.m. at Holly Avenue and Compton Boulevard.

The argument turned into a fist fight, the witness said, and then a family member pulled out a gun and started shooting family members. One family member was killed and two others were wounded.

People in nearby businesses said they heard the arguing -- and then the gunfire -- and were panicked inside their stores, locking their doors. Some of the people who were part of the fight spilled out into the street in front of the businesses, and they were trying to tell them to please leave the property.

As soon as authorities arrived, they shut down the funeral service, which angered family members more. The casket was eventually taken to its final resting place, and some family members were allowed to leave the scene to finish the service.