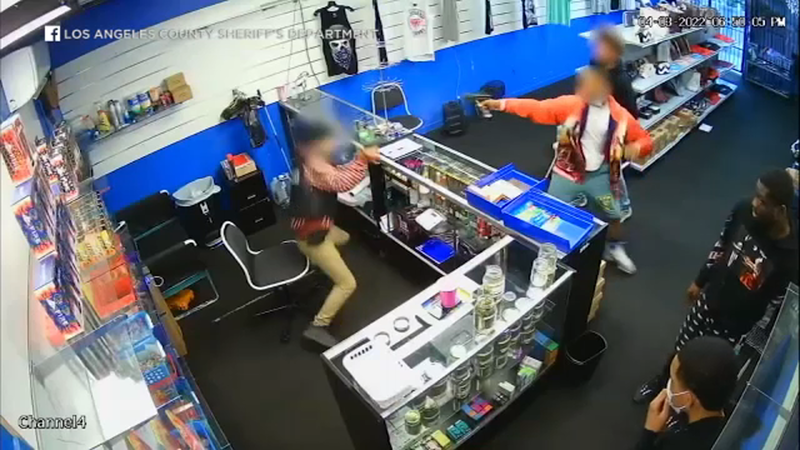 COMPTON (KABC) -- Two men wanted in connection with an armed robbery and shooting at a smoke shop in Compton are now facing murder charges after one of the men they were with during the crime was shot to death.

According to the Los Angeles County Sheriff's Department, 23-year-old Kahlel Lundy and 21-year-old Keith Rachel tried to rob a smoke shop in the 1500 block of S. Wilmington Avenue with two other men. 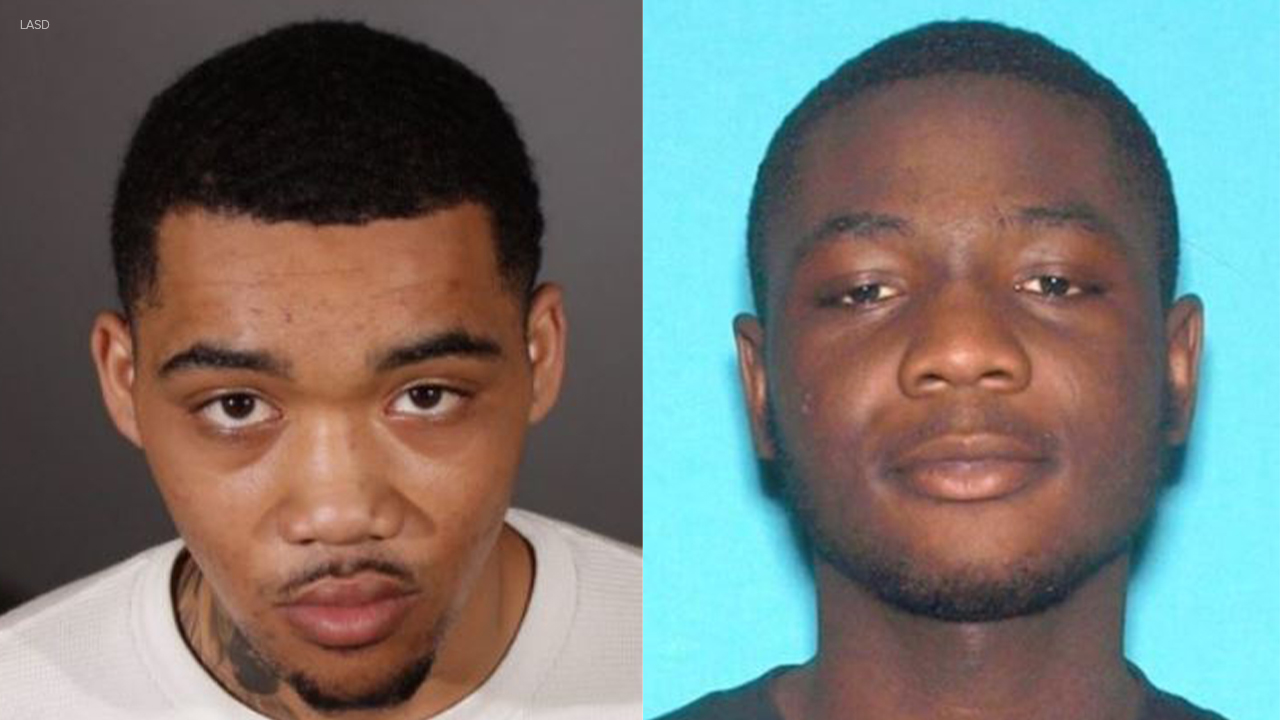 Video released by the sheriff's department shows Lundy and Rachel entering the store first and approaching the front counter, which was being watched by a security guard.

The other men walked in behind them moments later.

The footage shows one of the suspects pulling out a gun and pointing it at the guard. The guard immediately pulled out his weapon and shots were fired.

According to the sheriff's department, the guard was hospitalized after being shot in the face and neck, but was later released.

About 30 minutes after the shooting, deputies responded to Martin Luther King Hospital regarding a man who had been shot. Investigators later learned that person was one of the suspects involved in the armed robbery.

He was treated, but later died at the hospital.

The third suspect has since been arrested, but Lundy and Rachel remain on the run.

Anyone with information is urged to contact the LASD Homicide Bureau at 323-890-5500.