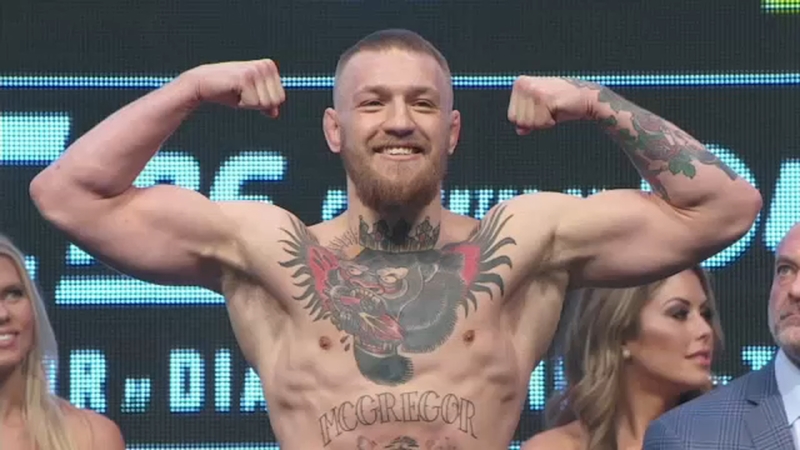 Mixed martial artist and boxer Conor McGregor announced on Twitter Saturday that he is retiring from fighting.

McGregor has unexpectedly announced his retirement before, including back in 2019, but has continued to appear in the UFC Octagon. This the third time in four years that he has announced it.

Hey guys I’ve decided to retire from fighting.
Thank you all for the amazing memories! What a ride it’s been!
Here is a picture of myself and my mother in Las Vegas post one of my World title wins!
Pick the home of your dreams Mags I love you!
Whatever you desire it’s yours ❤️ pic.twitter.com/Dh4ijsZacZ

"Hey guys I've decided to retire from fighting," McGregor wrote in a caption below a photo of him and his mother. "Thank you all for the amazing memories! What a ride it's been!"

The 31-year-old Irish superstar revitalized his combat sports career in January with an impressive first-round stoppage of Donald "Cowboy" Cerrone at UFC 246. McGregor (22-4) hadn't won a fight in a mixed martial arts cage or a boxing ring since 2016, but he remained the UFC's brightest star and biggest financial draw.

UFC President Dana White has already said McGregor is next in line for a title shot at the winner of lightweight champion Khabib Nurmagomedov's bout with Justin Gaethje this summer.

White was still willing to take McGregor's retirement announcement at face value - at least publicly - when he learned about it at his news conference following UFC 250 in Las Vegas.

"If Conor McGregor feels he wants to retire, you know my feelings about retirement," White said. "You should absolutely do it. And I love Conor. ... There's a handful of people that have made this really fun for me, and he's one of them."