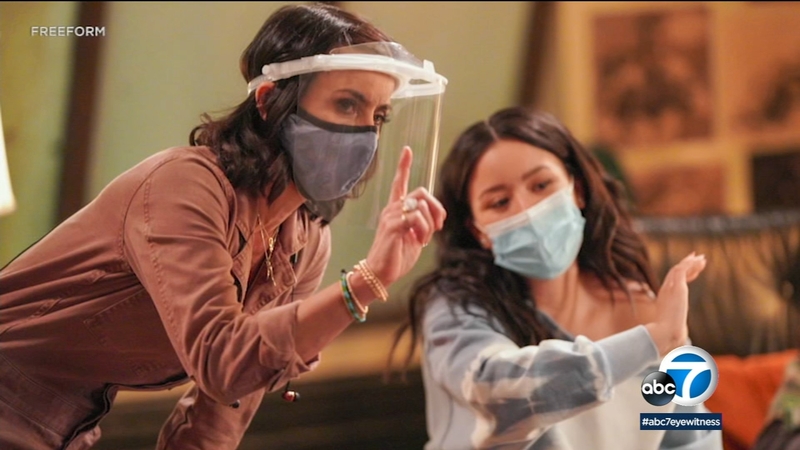 HOLLYWOOD -- Actress Constance Zimmer signed up for double duty when she joined the cast for the third season of the Freeform series, "Good Trouble."

"It is a very well-oiled machine," she said, "but they made me feel very welcome."

Zimmer is play an attorney who serves as a mentor to a young lawyer. In a bit of life imitating art, she got the chance to mentor the entire cast when she stepped onto the set to also direct an episode.

"I got to work with almost everybody," she said. As for mentoring them from behind the camera? "That was really cool," Zimmer said.

The actress did give herself the added challenge of acting and directing the same episode, all the while having to deal with all the COVID-19 protocols in place. She discovered they are two very different jobs.

"As an actor, you're allowed on set without a shield," Zimmer explained. "I went from being able to be shieldless and maskless to being the opposite." As a crew member, she had to wear a shield and a mask.

As she looks ahead, Zimmer hopes she'll get to continue challenging herself in front of and behind the camera. "It's a competitive atmosphere," she said, noting there are a lot of women who want to direct but haven't yet been given the chance.